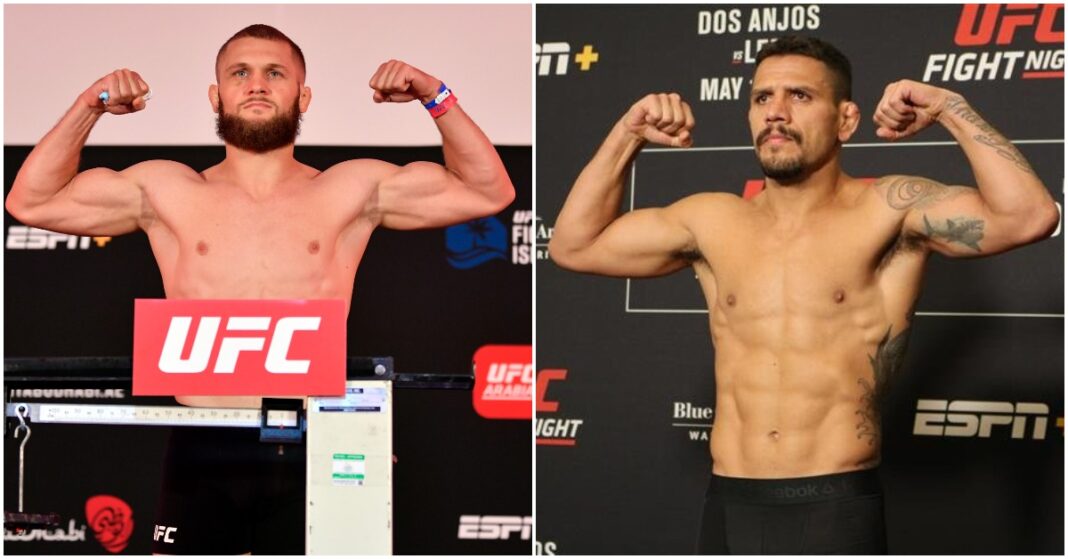 According to sources close to the UFC, a matchup has been agreed between Fiziev and dos Anjos for a five-round fight although contracts have not been signed. The bout would take place at the UFC APEX in Las Vegas with the undercard yet to be announced.

This announcement follows a small social media back and forth just a few days prior, where Fiziev would call out the Brazilian.

The Background Of Rafael Fiziev and Rafael dos Anjos

Fiziev is currently considered one of the UFC’s brightest prospects following a five-fight win streak since late 2019. The Azerbaijani-Kyrgyzstan fighter bumped his stock up massively in 2021 with a win over Bobby Green in a fight of the year contender and a wheel kick KO over Brad Riddell. Fiziev also gained popularity with his post fight call outs of social media star Hasbulla and actor Vince Vaugh.

If the bout is to take place, dos Anjos would be ending a 15-month layoff following a split decision win over Paul Felder, although he was scheduled to face Islam Makhachev at UFC 267. Before this, dos Anjos had gone 1-4 in his previous five at welterweight but the long-time UFC veteran is still a tough test for anyone performing well in his last bout at lightweight. Although dos Anjos is coming to the tail end of his career, he will hold mountains of experience of Fieziev, holding wins over the likes of Nate Diaz, Anthony Pettis and Robbie Lawler.

What do you think? is it too soon For Rafael Fiziev to face the likes of Rafael dos Anjos?