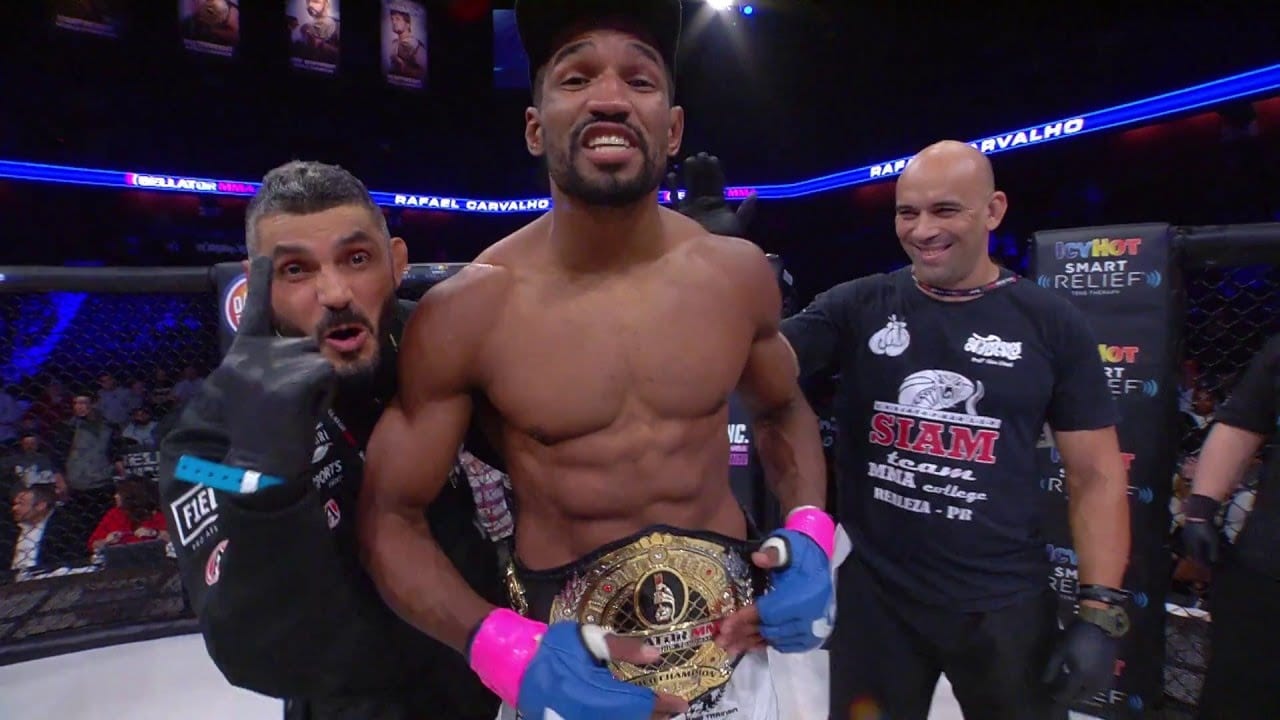 Former Bellator middleweight champion Rafael Carvalho will look to get back in the win column against Chidi Njokuani at Bellator 224.

According to MMA Fighting, the bout is currently being targeted for the event, which is set to take place at the WinStar World Casino in Thackerville, Oklahoma, on July 12.

Carvalho was the reigning 185-pound king in Bellator from 2015 to 2018 until he was outclassed by Gegard Mousasi last May. The Brazilian would lose two in a row for the first time in his career when he went on to drop a split decision to former UFC champion Lyoto Machida in December.

His opponent, Njokuani, is a Bellator veteran of four years. After winning his first four bouts with the promotion, the 30-year-old is one for two in his last three fights. His most recent setback was a submission defeat to John Salter at Bellator 210 in November.

Bellator 224 will be headlined by a women’s featherweight title fight, as current champion Julia Budd defends her crown against the 5-0 Olga Rubin.