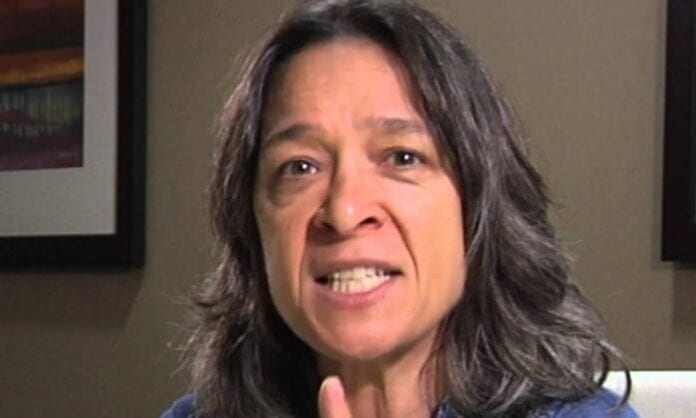 Ronda Rousey’s mother, AnnMaria DeMars, is not a fan of Edmond Tarverdyan as a coach or a human being. DeMars continues to vent her frustration with Tarverdyan.

Following Rousey’s lost to Holly Holm at UFC 193, media members, fighters, and fans questioned if Rousey should keep her coach, Glendale Fighting Club’s Edmond Tarverdyan, around. Her mother came out before the fight saying that he was a “terrible” instructor who’s a “bad person.” Her mother was not even at the fight which was a first for Rousey.

Several months following UFC 193, DeMars is still on the attack against Tarverdyan.

DeMars brought up Tarverdyan filing for bankruptcy back in July of 2015. At the time, he claimed that he has debts he cannot pay, and he’s seeking relief from the courts. According to legal documents, he doesn’t own the gym Rousey trains at, and there are years where he didn’t have any income nor file any tax returns.

DeMars voiced her concern with Rousey about her coach, but Rousey has ignored her mother’s advice and is still training with Tarverdyan.

“I told her flat out that I think that guy she was training with was an idiot and a fraud, and he’s been investigated for bankruptcy fraud out here, for tax evasion, for mortgage fraud,” she said. “They just suspended his license for falsifying the application; he was convicted of two counts of identity theft. And so we don’t talk about that much because I told her flat out, ‘as long as you’re training with this guy, I just cannot stomach that.'”

And then things got real when DeMars said that she hopes he goes to jail.

“I hope that he loses his license or goes to jail because either of those are a possibility. So yeah, I think if she changes, if she changes her training camp, she has an outstanding chance of winning,” she said. “If she doesn’t – you know what, as a statistician, one thing we tell people all the time is, the best predictor of future behaviour is past behaviour. If you do the same things with the same people, you can expect the same results.”

You can listen to the interview here:

Rousey is expected to fight Holm in late 2016.