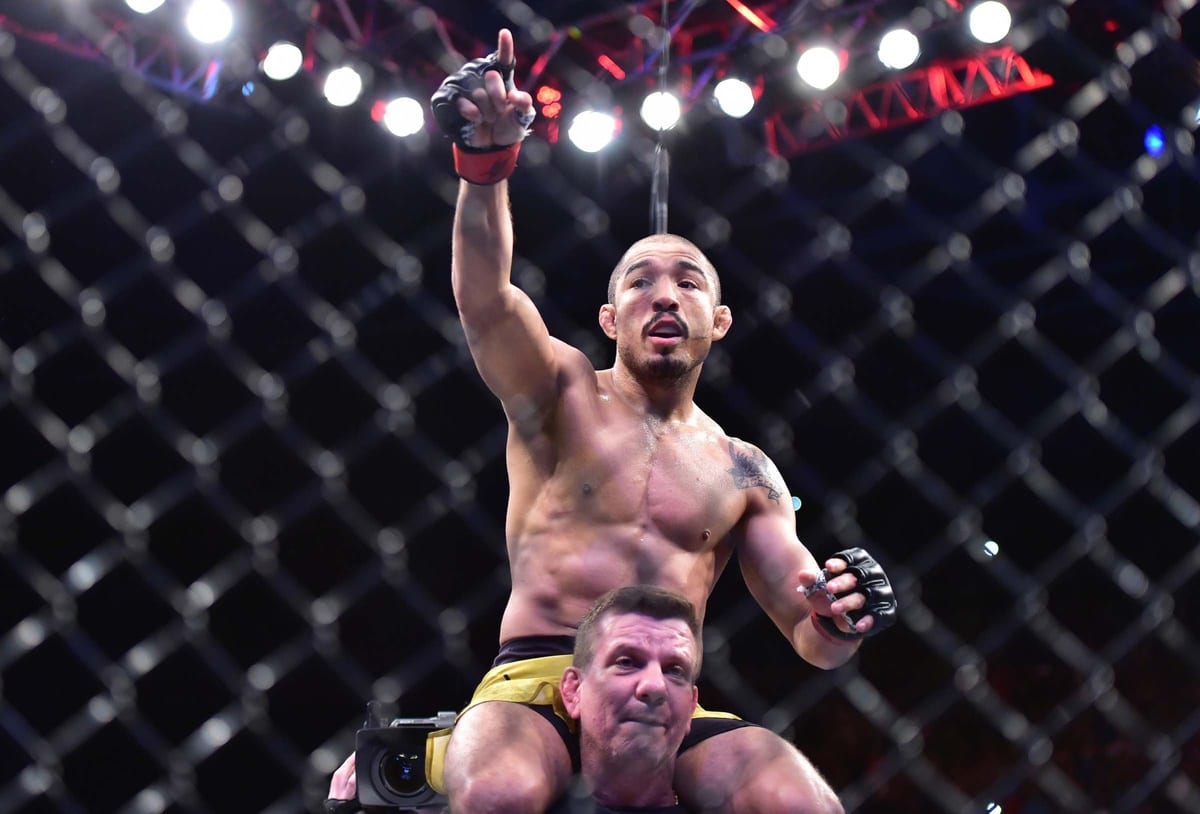 Former UFC featherweight champion Jose Aldo will have no problems translating his speed and power at bantamweight.

Aldo will be making the move down to 135 pounds at UFC 245 on December 14 when he meets Marlon Moraes. Moraes is the betting favorite and it’s not a surprise as to why. Of course, Moraes is one of the most dangerous fighters in the division as well as a natural bantamweight.

But it has more to do with Aldo, who has notably struggled with making the featherweight limit, let alone having another 10 pounds to cut. Dantas, on the other hand, believes it will be an easy cut for the Brazilian:

“Many people associate weight loss with loss of performance, but they have to look at the whole picture,” Dantas told MMA Fighting. “Aldo always weighs around 158 pounds when he’s not training, and then goes up to 166 when in camp (for a featherweight bout), so I think it’s going to be an easy cut to bantamweight.”

Aldo recently told reporters that he weighed 150 pounds after going on a diet for the first time in his career. And it hasn’t seemed to affect his performances in training as Dantas believes the former champion will surprise everyone with his speed and power:

“He’s training hard every morning. He’s very focused,” Dantas said. “He was one of the fighters in a sparring session on Tuesday, helping guys that are about to fight, and he sparred with a 135-pounder and a 177-pounder. He’s faster now but with the same punching power, so he’s way more dangerous. He’s kicking hard and landing heavy punches. He’ll surprise everyone with his speed and punching power at bantamweight.

“I saw him sparring with a heavier guy (177 pounds), keeping the distance and countering. The hand landed and the guy felt it and immediately shot for a takedown. He hasn’t lost his punching power and he’s still weighing 150.”

Should Aldo make the weight and have no problems stepping into the cage, a contest with Moraes will certainly be an explosive affair. But Dantas believes Aldo’s championship experience will eventually prove to be decisive:

“It’s gonna be a great fight and I bet all my chips on Aldo,” Dantas added. “I train with him every day since forever and have trained with Marlon, too. Marlon is a tough fighter, very explosive with his right hand and left kicks, so you have to be careful.

“It’s a clash of similar styles, but I think Aldo’s championship experience will make the difference. I expect fireworks from this fight.”

Do you expect Aldo to have no problems at bantamweight?