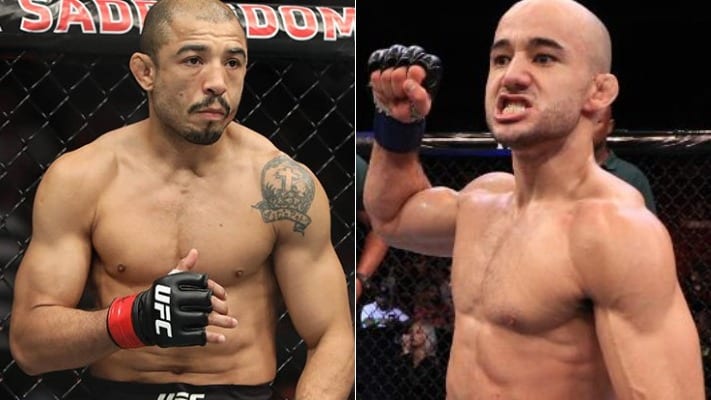 It looks like Dana White will be letting Jose Aldo drop down to bantamweight after all. According to a report from ESPN, first reported by MMA Junkie, White has confirmed the former 145-pound kingpin will drop down to face Marlon Moraes at 135 pounds.

The action will go down on the already stacked UFC 245 pay-per-view (PPV) card from the T-Mobile Arena in Las Vegas, Nevada on December 14. Aldo recently had a two-fight win streak snapped when he was bested by Alexander Volkanovski at UFC 237 earlier this year. Now, he’ll drop down to bantamweight to try his hand against a former 135-pound title challenger.

Moraes had a four-fight win streak ended by Henry Cejudo at UFC 238, where the pair competed for the then-vacant bantamweight title. Cejudo finished Moraes in the third round via TKO. It will be interesting to see how the two Brazilian strikers fare against one another inside the Octagon.

What do you think about a potential matchup between Aldo and Moraes at bantamweight?