LowKickMMA.com
Home MMA News Quote: Jones Made More Than Rousey, And Will When He Returns 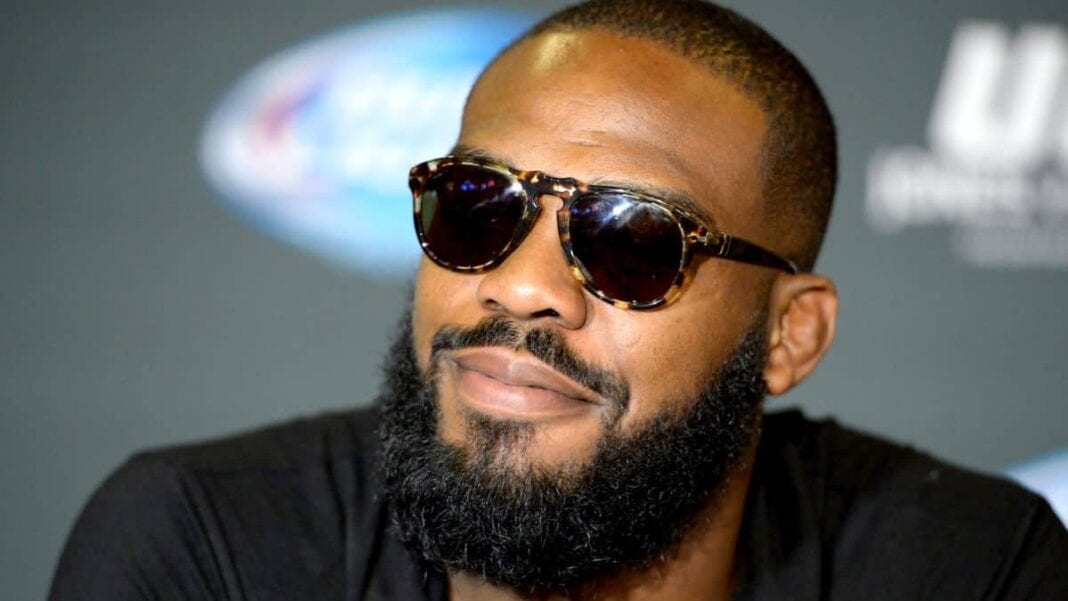 Top welterweight contender Tyron “The Chosen One” Woodley has a huge fight coming up this weekend as he is set to take on former champion and No. 1-ranked Johny “Big Rigg” Hendricks in the co-main event of UFC 192 in Houston, Texas.

This fight should give us the next contender to challenge for Robbie Lawler’s 170-pound title, but Woodley recently found himself talking about fighter pay rather than his upcoming showdown.

However, T-Wood believes that once a certain troubled former light heavyweight champion returns to action, Rousey will be dethroned from that ranking:

Jones, the former pound-for-pound king, was suspended indefinitely and stripped of his title after being arrested on felony hit-and-run charges last April. However, “Bones” is set to appear in court tomorrow (September 29, 2015) which should give us a better idea of his fighting future.

Continuing on, Woodley said that he believes Rousey earns what she deserves, and that Jones earned what he deserves, but in the end, “The Chosen One” feels as if “Bones” will reclaim the title of highest paid fighter when and if he returns:

“I don’t know what she gets paid, (but) I kind of know what Jon gets paid, and he was the highest paid while he was around. When he gets back, he’ll reclaim that, but I think right now, she’s probably making a good seven figures.”

While some fighters may not be happy that other fighters are making so much money, Woodley sees it as an indicator for a bright future regarding fighter pay:

“All it does is raise the bar for us getting paid more money,” he said. “I think the sport is growing and more people are watching, and I think eventually we’ll start making more money. I have no doubt the UFC is going to spread some of the wealth.”

Is Jones a higher paid, bigger star than Ronda Rousey?