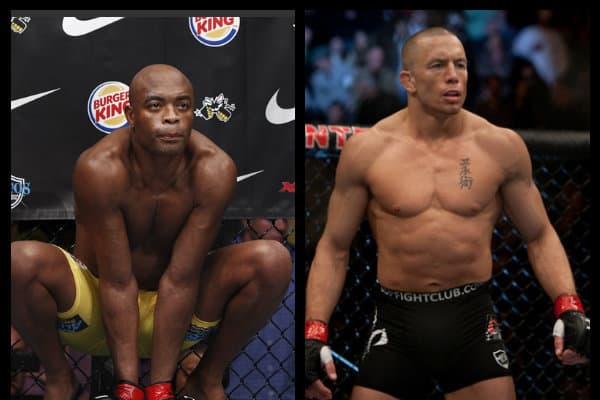 Earlier this week, it was reported that former longtime UFC welterweight champion Georges “Rush” St. Pierre had finally agreed to terms with the promotion, which could mean his long-awaited return to action is coming soon.

St. Pierre hasn’t competed since 2013, and apparently he was in serious talks with the UFC regarding a return fight late last year, but negotiations went south.

If St. Pierre is indeed ready to return to the Octagon he once ruled, many big fights will await him and perhaps one of the most lucrative would be a bout between him and legendary former middleweight champion Anderson Silva. Silva’s manager, Ed Soares, believes the bout makes the most sense:

“GSP vs. Anderson is something I feel makes the most sense for everyone,” Soares told Bloody Elbow. “Two of the greatest of all time fighting is good for the fans, the UFC, and for both athletes. This would make everyone a lot of money and it’s a fight MMA fans all over the world would want to watch.”

Many wanted to see the two fight during their primes when they were on top of their respective divisions, but the fight is still a possibility. After losing his 185-pound title to Chris Weidman in 2013, Silva went 0-3-1 before finally getting back to his winning ways with a somewhat controversial decision victory over Derek Brunson at last weekend’s UFC 208.

Would you like to see “Rush” take on “The Spider”?