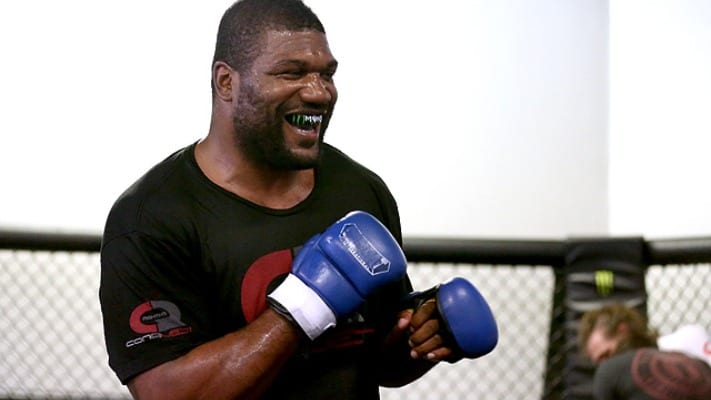 Mixed martial arts (MMA) legend Quinton “Rampage” Jackson is nearing the end of his combat sports career, and wants to get in a boxing match before riding off into the sunset.

Jackson is currently slated to meet fellow heavyweight MMA legend Fedor Emelianenko in a New Year’s Eve clash in Japan. After that, however, as Jackson tells TMZ Sports, he’s interested in boxing. Jackson notes that he asked UFC president Dana White, during his days with the Las Vegas-based MMA promotion, about allowing him to box. Unfortunately, there was nobody for him to fight.

Now, however, Jackson wants to give it one more shot, and is ready to step into the squared circle. (H/T BJPenn.com)

“I asked Dana White a long time ago, way before Conor McGregor even was around, let me do some boxing. It wasn’t my time, there was nobody for me to fight. I still want to fight a boxing match before I retire,” Jackson said.

Of course, there are some opponents Jackson would rather not box. One being WBC heavyweight champion Deontay Wilder. Jackson said he doesn’t like fighting tall opponents with a long reach. Jackson finds matchups like these extremely difficult, most notably his submission loss to Jon Jones in 2011.

“I’ll fight anybody but Deontay Wilder. He’s too tall. Unless they give me like $100 mil, then I’d fight him. I’m keeping it real. I don’t like to fight tall guys with a long reach. I’ll tell you what. I’ll fight him if they give me $100 mil and we do me one boxing match and one MMA match, then I’ll fight him. $100 mil. I’m keeping it real. I don’t like fighting them long, tall dudes,” Jackson said.

What do you think about Jackson potentially pursuing a career in professional boxing before he retires?