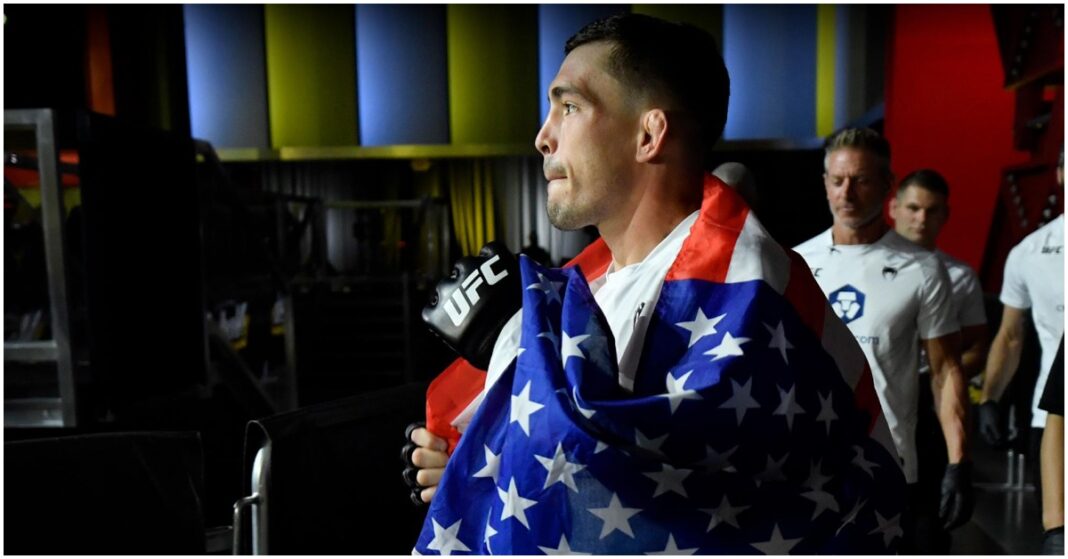 Preston Parsons (10-3) returned to the UFC octagon this past weekend at UFC Vegas 52 where he would take on Evan Elder (7-1) in his promotional debut. Elder entered the bout on short notice after Parsons initial opponent, Louis Cosce, had to withdraw from the bout due to a positive COVID-19 test.

For the first time in his professional career Parsons would be forced to go the distance to ensure he secured himself his first victory inside the UFC, in a well-rounded display. In an interview with LowKick Parsons gave his thoughts on the matchup and how he felt it played out. Here is what he had to say:

“I think I did well, there was some stuff to improve on, which I kind of hinted at that in the post-fight meeting but I’m happy with performance. It is my first decision(victory) as a pro which I think was good for me as a fighter. It was fun, it was fun to go all three rounds and I got more time in there and more experience. I enjoyed the whole fight.”

“I definitely saw myself getting the finish, I’ve visualised that fight a lot that week I almost couldn’t close my eyes without thinking about the fight. Especially with the opponent change there five days out I watched a lot of his so again any time I closed my eyes I was visualising the fight, and visualising getting my hand raised. It played out almost exactly like I thought it would.”

Although Parsons was able to have full-training camp before heading into this matchup he revealed to LowKick it was not all smooth sailing during this preparation time with the Jacksonville based fighter suffering just a week away from fight day.

“I got sick about a week out, I was taking antibiotics until Tuesday on the week of the fight. I popped my knee a little bit about three weeks before the fight so there was definitely a few hiccups in my camp but other than that I felt pretty good about everything. “

Despite having these setbacks within his training camp, Parsons was able to remain positive and persevere through to secure a very important first victory within the promotion. Dealing with injuries can be extremely de-motivating to fighters and hard to comeback, Parsons detailed how he ensures he stays motivated and the importance on staying disciplined when dealing with setbacks.

“It is difficult, especially that its easy to get into you own head and I’ve been guilty of that plenty of times. When I hurt my knee it popped, it was kind of on the outside and then the next day it was swollen, and I couldn’t walk that well so that definitely got into my head a little bit, but I just had to take it a little easier towards the end of the camp and not push myself as hard in training and it healed up fine. But it messes with your head a little bit.

Parsons also revealed during the interview that he broke his hand during the fight and after having a consultation with a doctor was told he won’t be able to throw a punch for 8-12 weeks. Despite this injury delaying his return “Pressure” is looking to step back inside the UFC cage again within this year. There appears to be only one name that Parsons is interested it and it is the man at the top of the food chain, Kamaru Usman.

“Me and my friends were talking about it earlier, I want to be the champion. So Kamaru Usman was the name we were talking about a bunch earlier but obviously I must work my way up towards that, but I do think that is a good matchup for me.”

Be sure to check out the full interview with Preston Parsons here.