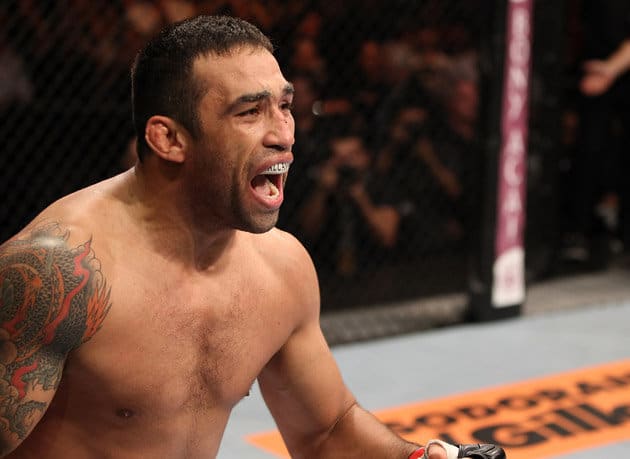 Injured UFC heavyweight champion Cain Velasquez got an extension on his DL sit yesterday, as we learned that CV injured his knee and was scratched from the UFC 180 main event. Scheduled to defend his title for the first time in over a year, Velasquez was replaced by heavy-handed “Super Samoan” Mark Hunt.

Hunt will face Werdum for the interim belt in the champion’s absence, and we are left with an equally exciting fight. Hunt vs Werdum does pose some interesting questions though; firstly, where will this fight go down? Does “Vai Cavalo” want to risk standing with the K-1 knockout artist? Probably not, but the fight will certainly start standing.

Secondly, will Werdum be able to score a takedown against Hunt? The New Zealand native is as stocky as they come, and his low centre of gravity with improved TDD has seen him fend off many takedown attempts in recent outings. Although Werdum has some vastly improved striking, he will never be as natural a puncher as Hunt is.

So who are you picking for the win in this intriguing face off, Mark Hunt or Fabricio Werdum? Take your pick….