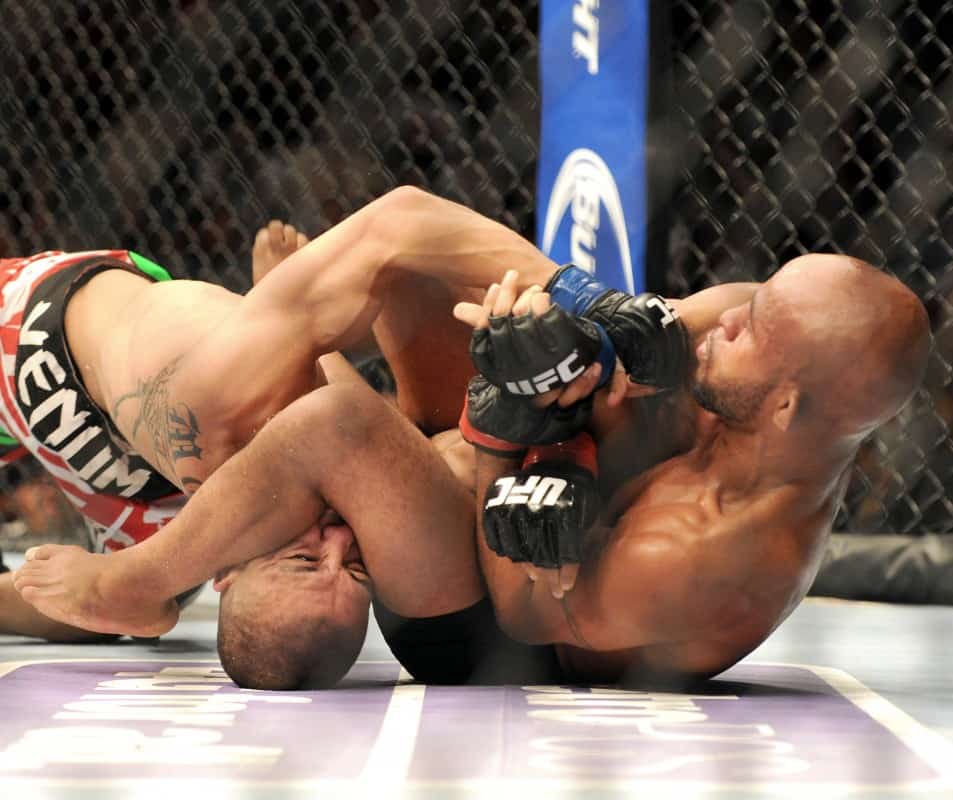 Heading into last night’s (Sat., April 25, 2015) UFC 186 main event from the Bell Centre in Montreal, Quebec, it wasn’t on trial as to whether or not Demetrious “Mighty Mouse” Johnson was the best flyweight in the world. No, it was only a matter of if Johnson would do enough to surpass the only two men ahead of him on the pound-for-pound rankings, light heavyweight champion Jon Jones and featherweight champion Jose Aldo.

Winning his record-setting sixth straight UFC flyweight title defense with a record-setting last second submission of Kyoji Horiguchi, “Mighty Mouse” proved that he may just be the most dominant fighter in the UFC today. The Canadian fans may have foolishly walked out on his late finish last night, and they paid for it.

READ MORE:  Dan Hooker Says He Would Fight Jon Jones In A Carpark

True, he may not have the same competition as Jones or Aldo or the ruthless finishes of Ronda Rousey, but it’s hard to argue that DJ doesn’t mix it up with technical expertise in all facets of the game. He’s finished off four of his last five opponents, and by comparison, Jones and Aldo haven’t finished a fight since 2013 with a dry spell that’s spread to five combined bouts.

There will always be the argument that flyweight isn’t among the most talented divisions in mixed martial arts (MMA), yet even if that’s true to some degree, it may also be correct to assume that “Mighty Mouse’s” sheer dominance also makes it appear to be that way more than it probably should. He also can’t control his competition; only how easily and relentlessly he dispatches them.

Of course Jones will square off with “Rumble” Johnson in four weeks at May 23’s blockbuster UFC 187, and Aldo will have his day against Conor McGregor in what could just turn out to be the biggest UFC bout ever at July 11’s UFC 189. Losses by both would certainly boost “Mighty Mouse” into the top spot, but it’s starting to look like he might be creeping up on the top two fighters regardless.

Given his stellar resume as of late, is he already there?

Vicente Luque vs. Belal Muhammad 2 Set To Headline On April 16