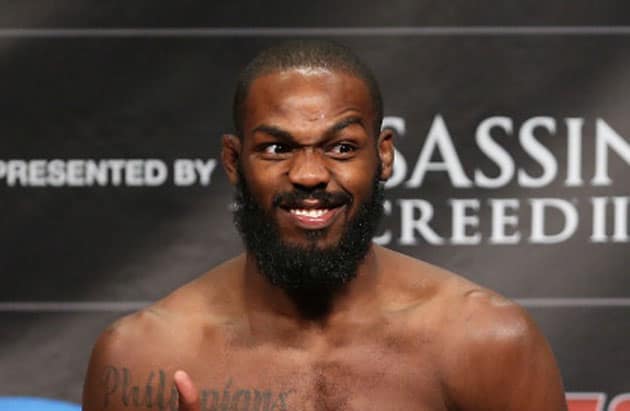 Former UFC light-heavyweight champion Jon Jones entered his guilty plea in an Albuquerque arraignment yesterday (Tuesday September 29, 2015) and was handed 18 months supervised probation for his New Mexico hit & run fiasco in April. Eyebrows were raised at the decision to let Jones off without a felony charge, and instead hand him 72 hours of community service with the non-felony charge that was eventually agreed on.

Surely ‘Bones’ would have had to satisfy the prosecution’s client out of court with some sort of settlement, but is that enough? It’s true that the UFC and fans would miss out on potentially the best years of his fighting career had Jones gone to jail for the offense, but your average citizen would likely be facing the same 18 month term, but instead behind bars.

Maybe money doesn’t have everything to do with this matter, but it certainly helped with ‘Bones’ being able to afford a strong defense attorney and eventually get off without jail time. Let’s just hope he can stick to the terms of his probation for the next year and a half.

The fact UFC president Dana White was present during the hearing in New Mexico says a whole lot about the value of Jones to the promotion. To my knowledge, White has never been present in a court case for any other fighter in the past.

All said and done, do you feel Jones should have gone to jail for his crimes? After all, he did leave a pregnant woman with a broken arm as he fled the scene of his car wreck, or maybe you think the punishment fits the crime?