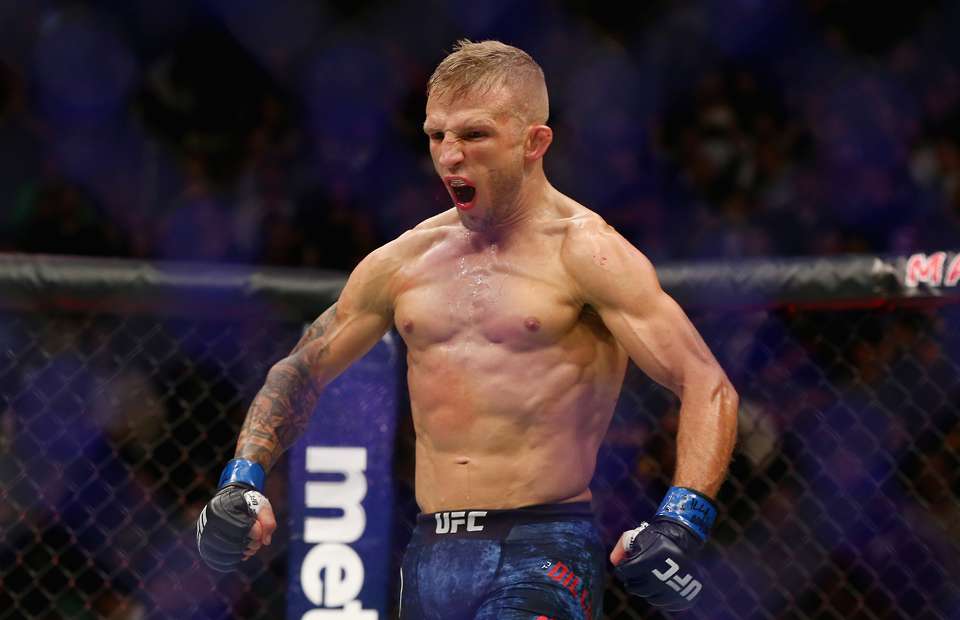 T.J. Dillashaw is absolutely shredded heading into his flyweight title fight against Henry Cejudo at UFC on ESPN+ 1.

Dillashaw, the reigning bantamweight champ, will be dropping down to 125 pounds in an attempt to become the UFC’s newest double-champ. To do so he must cut more weight than he ever has before in his professional fighting career.

Dillashaw showed off his flyweight physique on a recent Instagram post. Its safe to say that the bantamweight king is not cutting any corners on his conditiong heading into this fight.

The former Alpha Male fighter looks to be on schedule with his cut down to flyweight, as further by a picture that surfaced earlier this week (Sat., Jan. 5, 2019).

UFC on ESPN+ 1 will take place on Jan. 19 from inside the Barclays Center in Brooklyn, New York. The card will also feature the UFC debut of ex-NFL superstar and polarizing fighter Greg Hardy.