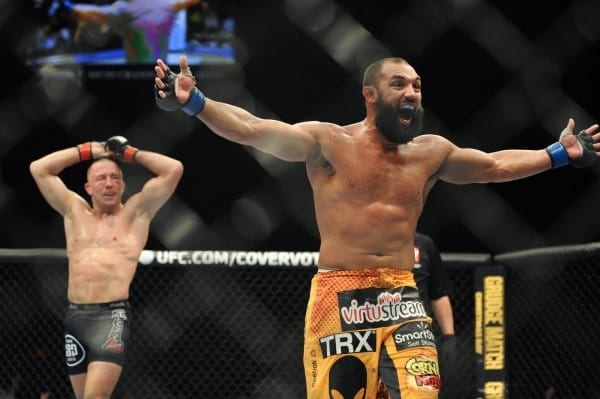 Former UFC welterweight champion Johny Hendricks has had some well-documented struggles with making the 170-pound limit, as he blamed his most recent loss to champion Robbie Lawler on a tendency to balloon up as high as 215 pounds in between fights.

“Bigg Rigg” is looking to inch his way back up to yet another title shot, and he has a great chance to stake his claim at just that when he steps back into the octagon against No. 3-ranked Tyron Woodley at next Saturday’s (October 3, 2015) UFC 192 pay-per-view (PPV) from Houston, Texas.

Hendricks has insisted that he has been taking his diet and training routine more seriously this time around, and judging from a photo he posted on Sqor Sports of himself already looking especially ripped, it’s working. Check it out: