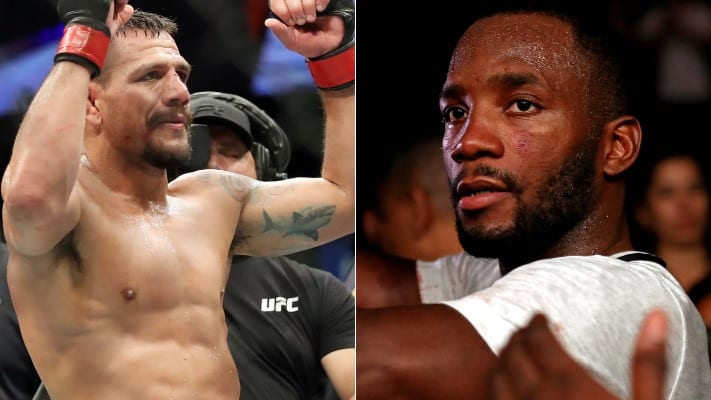 UFC San Antonio is quickly approaching, and thus, the promotion for the upcoming event has started with the official poster.

Former UFC lightweight champion Rafael dos Anjos and Leon Edwards in a welterweight bout will serve as the headliner. In the co-main event, Aleksei Oleinik takes on Walt Harris in a heavyweight bout.

You can see the official poster that was released by the Las Vegas-based promotion here:

The event is set to take place on July 20, 2019, at the AT&T Center in San Antonio, Texas with the main and preliminary cards airing on ESPN. Here’s the updated card: