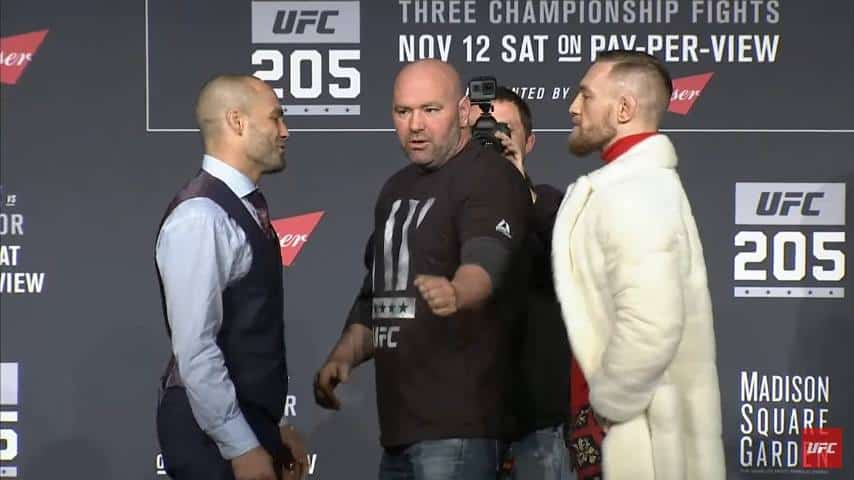 UFC featherweight champion Conor McGregor has been accused of making the UFC more like WWE than mixed martial arts, and never was that more apparent than at today’s (Thurs., November 10, 2016) UFC 205 pre-fight press conference from New York.

After an emotional Alvarez stormed out of the presser when McGregor showed up late (similar to what Nate Diaz did at UFC 202 this August), the scene only got stranger when ‘The Notorious’ showed up in full white mink.

Shenanigans predictably ensued with the fighters having to be separated by UFC President Dana White, and then McGregor grasped a steel chair to brandish at ‘The Underground King.”

Check out the wild scene: 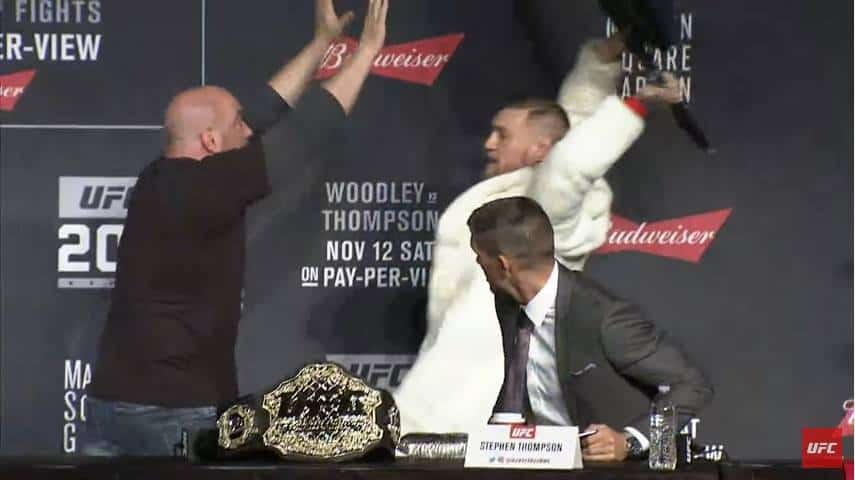