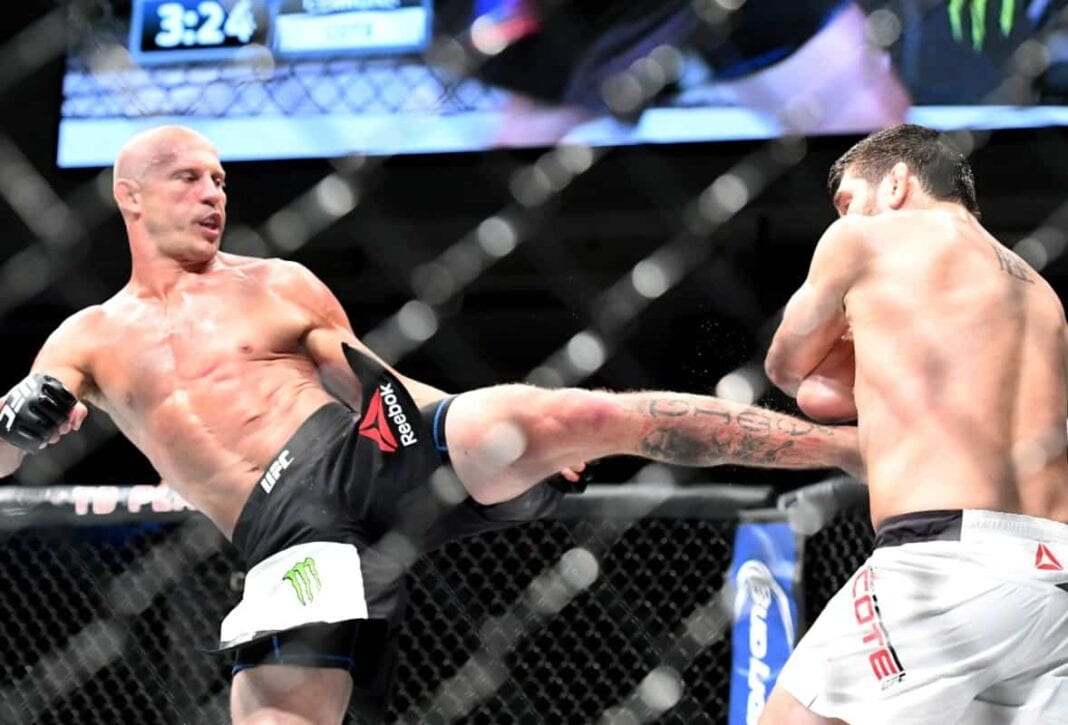 And “Cowboy” got just that, picking up a decision third-round TKO finish after a dominant overall showing against the normally iron-chinned “Predator” in his home country. Cerrone used some improved offensive wrestling to ground Cote early on, and in the second and third rounds he used stalking Muay Thai to batter the Montreal native with low kicks and viciously precise power punches that ultimately spelled the end of the fight.

It was a statement bout for Cerrone, whose fighting future remains a bit uncertain in terms of weight classes. But with two straight finishes at 170 pounds, “Cowboy” called out for “one of the 36 fights” at July 9’s UFC 200 in 21 days. It’ll be tough to deny him that spot.

In the meantime, watch the full fight video highlights of his dominant win over Cote here: