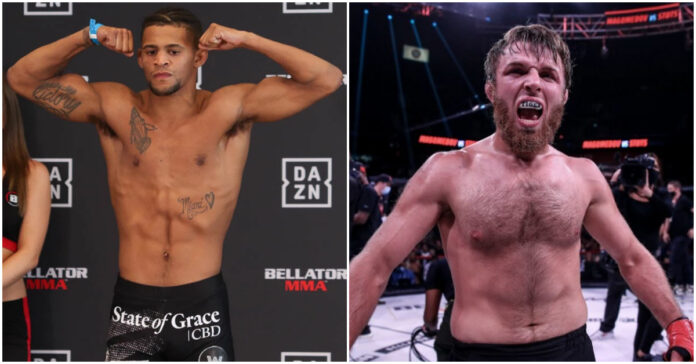 Patchy Mix is set to face off against Kyoji Horiguchi this April 23 at Bellator 279. It’ll be the first-round bout of the one million dollar tournament. If Mix dispatches Horiguchi in the fight, he will proceed to the semi-finals of the competition where he could very likely face Magomed Magomedov should the Dagestani fighter overcome his own opponent. Magomedov will be facing the winner of Enrique Barzola vs Nikita Mikhailov to qualify for the semi-finals against Mix on June 24.

Ahead of his bout with Kyoji Horiguchi, Patchy Mix spoke to LowKick MMA about possibly facing Magomed Magomedov in the tournament ahead.

“I think he’s probably the toughest challenge of the tournament even though he lost to Raufeon, I think,” said Magomedov.”If he fought him in a five-round fight, I think Magomedov would’ve won that fight. I think he’s tough. We’re managed by the same guy. I got mad love for Magomed.

“It’ll be unfortunate but that’ll be a hard fight for both of us. I’m just looking at it one fight at a time right now, and of course, I want a million dollars but it’ll be a tough fight. One fight at a time and then probably see each other in the semis.”

As one of the most exciting grapplers in the sport, Patchy Mix has delivered some impressive submission wins over the years including his most recent outing against James Gallagher. “No Love” clocked in notable submissions over Morales via an arm-triangle choke, Chapman with a kneebar, and a rear-naked choke against Bandejas. With 11 submission wins in 15 fights, Mix revealed that his win over Bandejas is his most memorable one.

Mix will look to extend his win streak to three with another win. He predicts a finish in the first round via a rear-naked choke against Horiguchi. Ahead of the bout, the 28-year-old was practicing his grappling with Cody Garbrandt and feels like he’s at the lightest weight he’s been in ahead of Bellator 279.

There’s also a chance Mix gets to avenge his loss against Juan Archuleta in the tournament given both athletes advance to the finals.

Would you like to see Patchy Mix fight Magomed Magomedov in the semi-finals?