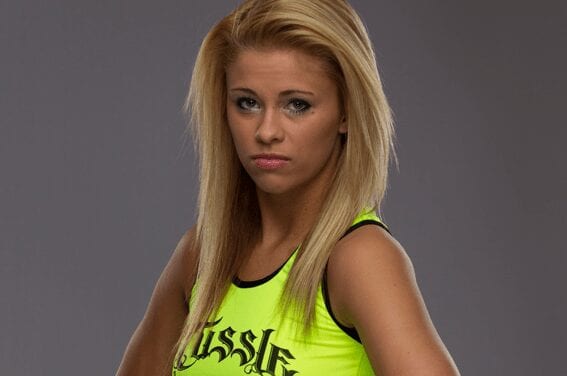 As the launch of the all-new UFC uniforms approaches, it seems as if Reebok, the company producing the uniforms as well as being the UFC apparel provider, is signing more and more UFC stars to their brand. Currently, champions Anthony Pettis, Jon Jones, and Ronda Rousey as well as top contenders Johny Hendricks and Conor McGregor are signed to deals with Reebok.

Today (February 10, 2015), it seems as if Reebok has dove into the UFC’s newest division, the women’s strawweight class, signing rising contender Paige VanZant to an endorsement deal. VanZant announced the news via a video on her Instagram:

So honored to be a Reebok athlete!!! My new kicks got me groovin!!!!!! Haha @reebok @reebokwomen

VanZant is currently one of the few fighters sticking out in the 115 pound division. Being only 20 years old, as well as possessing the looks and the skills needed, VanZant has all the makings of a star if she can continue to win.

“12 Gauge” made her UFC last November at UFC Fight Night 57, scoring a third round TKO win over Kailin Curran. She is now scheduled to meet Felice Herrig at UFC on FOX 15 on April 18, 2015 in Newark, New Jersey.

Do you think VanZant is the future of the strawweight division?