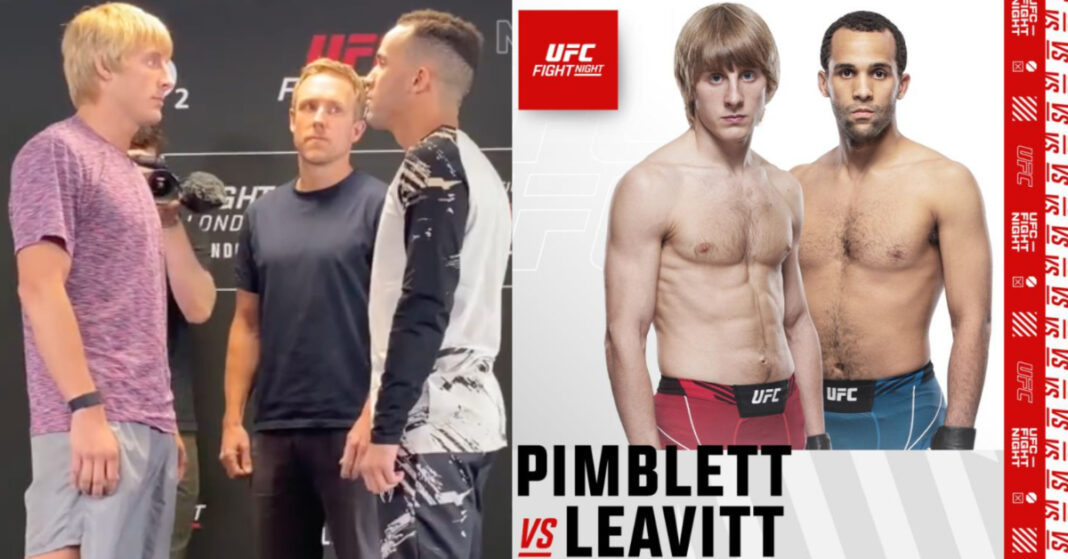 UFC lightweights, Paddy Pimblett and Jordan Leavitt have squared off for the first time before their fight this weekend at UFC London.

With just a few days away from the UFC’s much-anticipated return to London, there is no fighter more talked about than Liverpool’s Paddy Pimblett, who will be making his third UFC appearance, facing off against Jordan Leavitt.

Pimblett has drawn many critics since he first arrived in the UFC, with many feeling that the 27-year old Leavitt will pose the biggest threat ‘The Baddy’ has faced in his career to date. Leavitt is 3-1 in the UFC and has proven himself as a solid wrestler and grappler, with only three of his 10 wins having gone to the scorecards.

Pimblett is no slouch when it comes to grappling himself, a BJJ blackbelt who holds nine wins by submission, when it comes to grappling the Scouser always looks for the finish. ‘The Baddy’ has also displayed his improving striking, knocking out Luigi Vendramini in the first round during his UFC debut, an aspect of his game that he has promised to display on Saturday.

As part of the official fight week procedures, after their media scrums, Pimblett and Leavitt came face to face for the first ever time.

Pimblett is coming into this fight week differently than we have ever seen him before, in between his comical one-liners, there is a serious edge beginning to show.

Leavitt has been critical of Pimblett’s skills and past opponents and in response, Pimblett has sent out threats such as: “My man doesn’t even wanna be there. I can’t wait to rearrange this mushrooms face for him.”

Who are you taking this weekend? 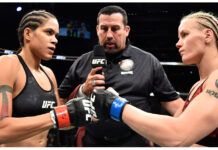 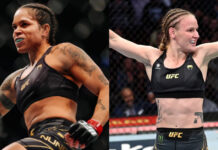