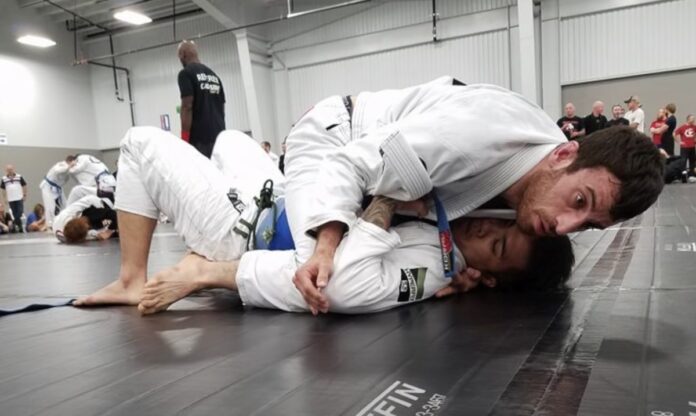 Various martial arts around the world practice their fighting form in some type of training Gi. But have you ever wondered the origins of the Gi and how they were developed?

Well wonder no more, because we’re going to give you the full story on the origins of the Gi. Going over who developed the martial arts Gi and the various martial arts that adopted wearing His for their practice.

The origins of the Gi

The origins of the Gi began in the late 1800, where it was created for use within the martial art of Judo. It was first created and designed by the founder of Judo, Grandmaster Jigoro Kano.

When developing Judo, Kano realized that normal clothes were too weak to meet the demands of grappling in Judo. He needed a more sturdy training uniform that was made of durable material that could withstand hard grappling training.

This was exactly what Kano was looking for to design and create the training garb for Judo. This would lead to the birth of the very first martial arts Gi.

What does the name Gi mean?

Many don’t know the significance of the word Gi. The word Gi is actually part of a larger compound word that is the original name for this training uniform.

That word, which was coined by Grandmaster Kano, was called a “keikogi.” Keiko is the Japanese word for practice and the word Gi translated to dress or clothes.

Put the two words together and you get training clothes. As years went on the training uniform would be shortened to just Gi.

What martial arts use a Gi within them?

The martial arts that use a type of Gi include:

The original origins of the Gi began with the martial art of Judo. Jigoro Kano began looking to make a Judo uniform that would meet the demands of the grappling art.

A regulation Judo Gi looks very similar to a Brazilian Jiu Jitsu Gi, but has some noticeable differences. Most notable, the sleeves are shorter and competitors will even pull them up higher to prevent opponents from grabbing them.

Judo Gis come in multiple colors, but for competitions the only types of colors Gis allowed are white and blue.

The origins of the Gi or dogi in Karate began in the early 1900s. It was implemented into the martial art by the co-founder of Karate Gichin Funakoshi, who was close friends with Jigoro Kano

Funakoshi had two specific reasons for adopting the Gi into Karate. The main reasons why the Gi was adopted into Karate was to make the martial art more formal and marketable.

Before Gis were implemented, Okinawan Karate practitioners would practice in their street clothes. People from the mainland of Japan had social clashes with the Okinawans and saw them as inferior brutes.

To be able to market Karate to mainlanders, the Gi would be a way to make it more formal and professional. Early on, Karatekas used Judo Gis, but the Karate Gi started to get developed to meet the martial art’s demands.

Their style of Gi was a much lighter and shorter sleeves to allow more range of motion on strikes.

Brazilian Jiu Jitsu was the third martial art to adopt the Gi since it was a direct evolution from Judo. But we wouldn’t see the development of an official BJJ Gi until many years later.

Most of the early BJJ practitioners would also use a Judo Gi until BJJ Gis were developed. The origins of the Gi in BJJ would begin decades after the martial art was invented.

A BJJ Gi has longer sleeves that allow for different types of guard play and the lapels are longer. Also in BJJ competitions, they allow more colors than just white and blue like in Judo competitions.

Sambo being another martial art that evolved from Judo also implements a style of Gi, but just the top. This top is called a kurtka or sambovka and is worn with wrestling shoes and shorts to complete the Sambo uniform.

The origins of the Gi top along with the uniform in Sambo was developed by the Russian military. They would mix together the clothing worn in both Judo and wrestling to make the Sambo uniform.

A kurtka has belt loops around the waist of the top and also shoulder straps to make grips during grappling. They are only made in blue or red as those are the permitted colors for a regulation Sambo competition.

The origins of the Gi in Kendo may actually predate the uniform developed for Judo. The art of Kendo was based off of sword fight practice that samurais would participate in.

This design was created to allow for free motion for a practitioner when they are training with their Kendo stick. The material that a hakama is made out of is an extra lightweight cotton material that doesn’t way down the student.

Traditionally, the Gi tops in Kendo either come in black, navy blue, or white and the hakama is black.

A Japanese company that made Judo Gis consulted Aikido teachers from the famous Hombu school in Japan. They wanted to make a Gi specifically for Aikido and what they came up with is the Aikidogi’s present form.

It looks similar to a Judo Gi, but the biggest difference is that the sleeves are shorter and extra wide. Allow for the type Aikido practitioners to practice the type of counter arm throws they are known for.

An Aikido Gi is made in three styles, which are lightweight, standard, and heavy.

The or dobok in Taekwondo is the uniform worn within this martial art. In Korean, the word do means way and bok means clothing, which is similar to the Japanese word keikogi

In Taekwondo, the origins of the Gi or dobok began after WW2 ended along with Japan’s occupation of Korea. Now that Koreans were free, they could develop their own martial arts again.

A dobok was designed based off of the Karate dogi, but has a very distinct design. This uniform has even wider pants and sleeves than the Karate Gi, which allow for full range of motion on kicks.

Doboks are generally all made of lightweight materials, so as not to restrict any movements or slow down a Taekwondo practitioner. They come in various colors to match whichever team is wearing them.

What materials are used to make Gis?

A Gi is made with a variety of different materials depending on the style and which martial art they are used in. Some of the most known materials to make martial arts Gis include:

The most commonly used materials to make Gis is either cotton or a cotton polyester blend. Materials like hemp or rice grain are some of the more high end materials used to make martial arts Gis.

What was the first material used to make a Gi?

At the beginning of the origins of the Gi, the very first material used to make a Gi was actually hemp. This material was proven to be one of the strongest materials available that was nearly unbreakable.

Most Gi companies now use cotton or a cotton blend, but some have begun using hemp once again. This is mostly due to the lax in drug laws against cannabis, which is the cousin to hemp.

What type of stitching is used to make Gis?

Most types of Gis are made with single weave stitching and more high end ones having either pearl or gold stitching. But those high end stitchings are generally just for BJJ or Judo Gis.

In modern times, Gis are still widely used in numerous martial arts with numerous companies that make different kinds. As martial arts continue to progress, the Gis used in them will still play a vital role in them.