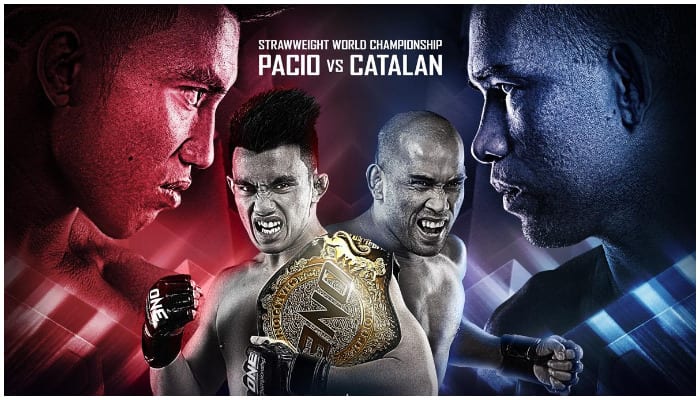 ONE: Masters Of Fate went down today (Fri. November 8, 2019) inside the Mall Of Asia Arena in Manila, Philippines. The 13-bout card was headlined by a strawweight title bout between defending champion Joshua Pacio and challenger Rene Catalan.

The 40 year-old Catalan came into this bout on the back of an impressive six fight winning streak. In the co-main event Pacio’s Team Lakay stablemate Eduard Folayang took on Mongolia’s Tsogookhuu Amarsanaa. Folayang had lost his last two bouts and was looking to halt his losing skid in front of his hometown fans.

Check out LowKickMMA’s ONE: Masters Of Fate results below.