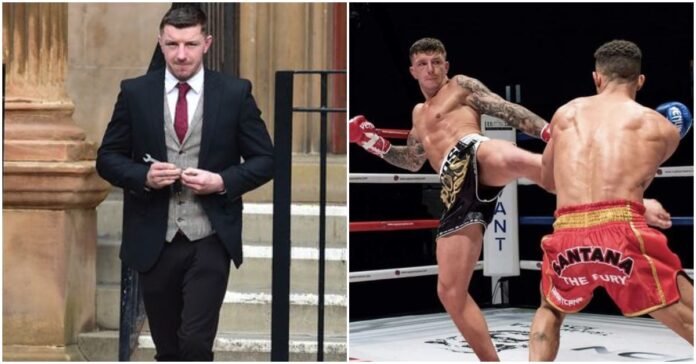 The ONE Championship fighter left George Halliday with a broken nose and blurred vision.

According to the Daily Record, Shaw was in bed on August 11, 2020, when Halliday tried to break into his home. The kickboxer, 31, was awoken by Halliday stealing tools from his van and trying to gain access to his house.

He chased the thief down the street before launching his attack that put Halliday in the hospital and Shaw in the dock at Paisley Sheriff Court.

On Friday, Shaw pleaded guilty to assaulting Halliday. The court heard that Shaw struck Halliday causing him to fall to the ground before he hit him with the hammer to the arm. Shaw continued to punch and kick the man who broke into his property for about two minutes. The beating left Halliday covered in blood and his eye swollen shut.

Halliday admitted to breaking into Shaw’s home while receiving treatment in hospital, although he claims his intention was only to access the garage.

“I thought I was breaking into a garage, but it turns out it was a house and the guy battered me,” Halliday reportedly said.

The 44-year-old refused to provide a police statement or let them photograph his injuries before appearing in court the day after the attack to plead guilty to breaking into Shaw’s van, stealing items, and trying to break into his home so he could steal from it.

Halliday became addicted to heroin after being attacked and stabbed more than 20 times in 2010. In 2017, he was diagnosed with PTSD.

Shaw and Halliday are due to be sentenced in April.

Do you think ONE Championship fighter Chris Shaw did anything wrong when he attacked George Halliday for breaking into his home?