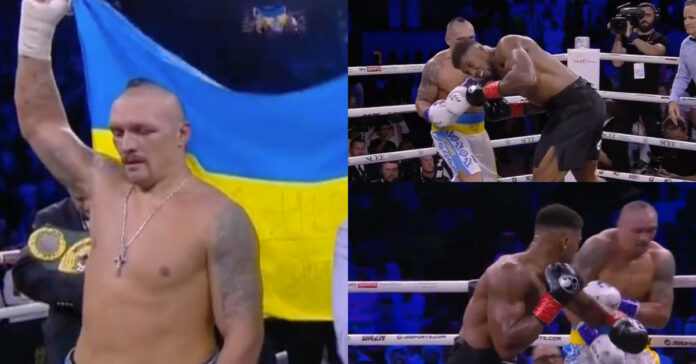 Oleksandr Usyk retained his titles in the rematch with Anthony Joshua, billed the Rage on the Red Sea.

Usyk had returned to his homeland of Ukraine after the Russian invasion in February. He made his way back into the boxing ring to take on Anthony Joshua in a rematch at King Abdullah Sports City in Jeddah, Saudi Arabia. His first win made him only the third boxer in history to win world titles both at cruiserweight and heavyweight.

Both men got to work in a competitive showing. Usyk started off strong edging out Joshua in the opening rounds. Joshua seemed to get better as the rounds went on. However, he was ultimately unable to do enough to get the nod in the rematch. It was a close yet definitive win for the Ukrainian who retained his titles and handed Joshua another loss.

Usyk defeated Joshua after going the distance by majority decision.

Below, catch the highlights from Oleksandr Usyk, Anthony Joshua 2