LowKickMMA.com
Home UFC News NSAC Exec: There Was “No Doubt” Robbie Lawler Was Out 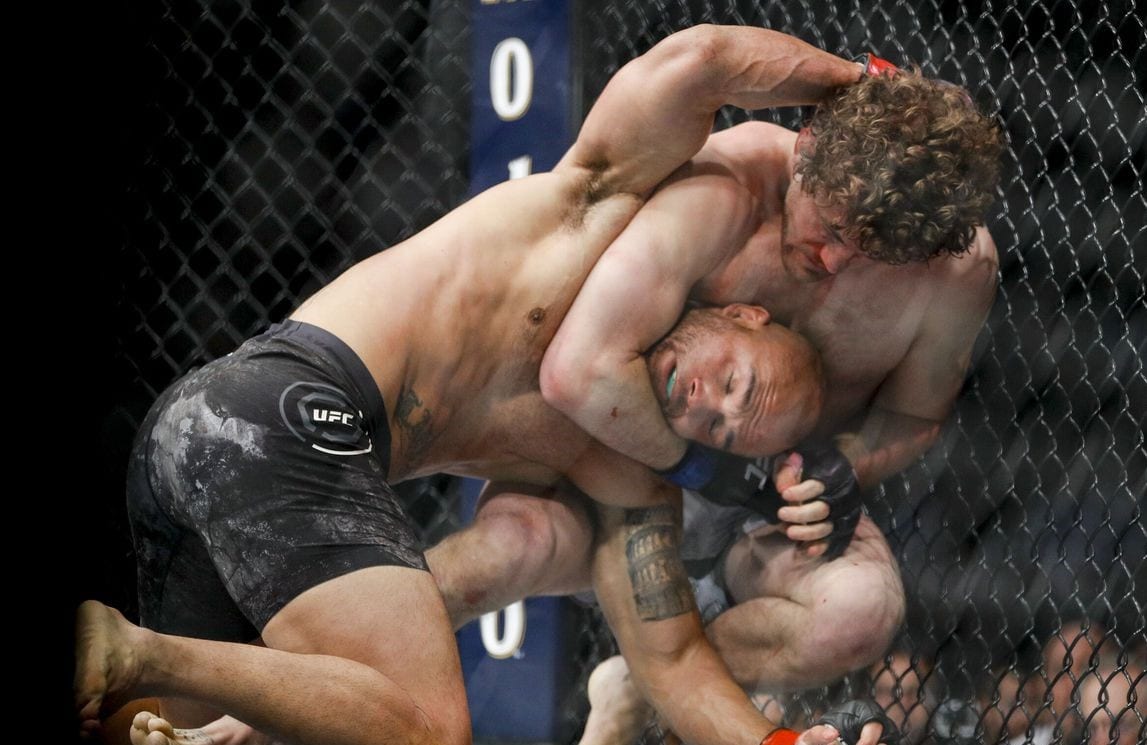 The “Funky” one finally made his UFC debut albeit a controversial one. Askren defeated Lawler in the first round of their featured welterweight bout last evening via the rare bulldog choke, sometimes referred to as the “big brother choke””.

Lawler didn’t tap, however. Veteran referee Herb Dean jumped the gun and stopped the fight prematurely. Lawler immediately jumped up to protest the early stoppage but the fight had already been stopped and Askren had already begun to taunt UFC President Dana White.

While the ending of the fight was unfortunate, the fight was sure fun while it lasted. NSAC executive director Bob Bennett stopped by the post-fight press conference to talk about Dean’s blunder or lack thereof (via MMA Mania):

”In this particular question with the bulldog choke on Robbie, you could see it right in front of us that when Herb picked up his hand, his hand just dropped,” Bennett said. “It just dropped, which would be indicative of him being out. And then [Dean] went ahead and grabbed his hand again and it came up a little and it moved ever so slightly. There was no doubt in our mind that he was out.”

”With the Nevada State Athletic Commission, our number one priority is the health and safety of the fighter,” Bennett continued. “In our pre-brief fights, I specifically instruct the referees to make sure we stop the fight one punch or one kick sooner than later. In the interest of the health and safety of the fighter, Robbie’s a phenomenal warrior, he’s been in the business for a long time. He was clearly out.”

Before Bennett could skate out of the presser, he was asked about the Jon Jones illegal knee that, coincidentally Dean was the referee for, and subsequently took two points from Jones.

”Herb thought that was an intentional foul,” Bennett said. “He believed that Jones had several techniques that were borderline, they weren’t any fouls but he was throwing some kicks and knees that were very close. And when that knee hit him in the head, Herb Dean thought it was intentional and called it intentional. Mr. Smith was able to continue and thus Herb took a mandatory 2 point deduction or could have DQ’d him.”