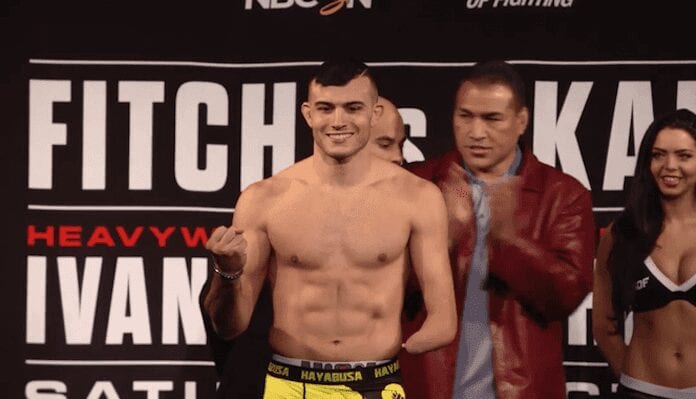 Newell made his debut for the promotion at Bellator 225 last month on a one-fight deal. He went on to submit Corey Browning in the first round of their lightweight contest.

The one-handed fighter seems to have impressed Bellator president Scott Coker and company as he has now inked a multi-fight deal with the promotion. According to reports, there are four fights on his new deal.

It is a big break for Newell who missed his chance at fighting for the UFC.

After finally getting UFC president Dana White to agree to let him fight, Newell was given an opportunity during the Contenders Series last year. However, he was outpointed by Alex Munoz.

But with a new Bellator deal, the future looks bright for “Notorious” who is awaiting his next opponent. The 33-year-old is 16-2 with his only other notable loss coming to current UFC lightweight contender Justin Gaethje.

What do you think of Bellator signing Newell? Do you he could go on to win the lightweight title?