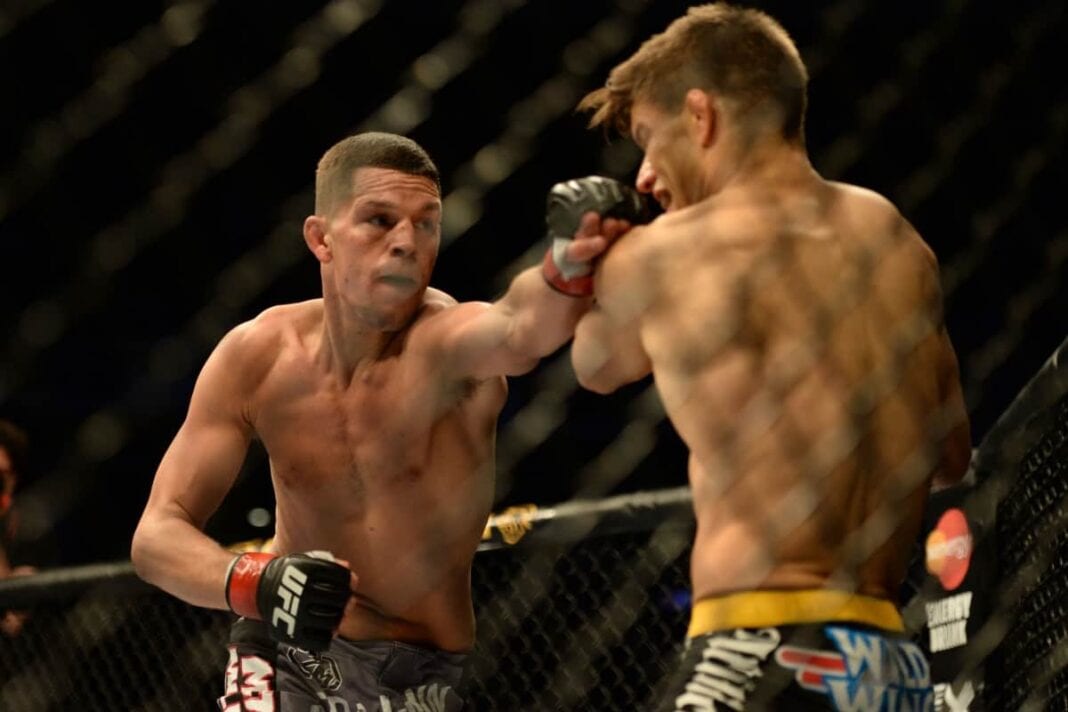 UFC on FOX 17 is set to go down on December 19, 2015 from Orlando, Florida, and breaking news has surfaced via UFC.com that the card has just gained a huge fight. Fan favorite Stockton Bad Boy Nate Diaz will return to action to take on No. 5-ranked lightweight Michael “Menace” Johnson.

Diaz will have been out of action for over a year when he meets Johnson, last fighting last December at UFC on FOX 13 where he was absolutely destroyed by current champion Rafael dos Anjos. Diaz hasn’t scored a win since November 2013 when he knocked out an ageing Gray Maynard, but he will have a huge chance to prove that he can still hang with the 155-pound elite when he meets Johnson.

Johnson on the other hand, was one of the hottest contenders in the division up until UFC Fight Night 73 earlier this month. Prior to that event, the “Menace” was riding a four-fight win streak which included wins over Gelsion Tibau, Joe Lauzon, Melvin Guillard, and Edson Barboza.

Looking to extend his win streak, Johnson squared off with Beneil Dariush in his last fight, and it had appeared to most fans, fighters, media members, and even UFC president Dana White that he had won the fight, but Johnson was robbed as a highly-controversial split-decision was handed to Dariush.

The Blackzilian product will look to get back on track in December against Diaz.

UFC on FOX 17 is being headlined by a lightweight title fight as dos Anjos puts his title on the line for the very first time against the surging No. 1-contender in Donald “Cowboy” Cerrone. The two have previously met with dos Anjos scoring a one-sided decision win, but Cerrone has since rattled off eight-straight wins, making this title fight very intriguing.

Are you excited for Diaz’s return, and will he look any better than he did in his last outing?