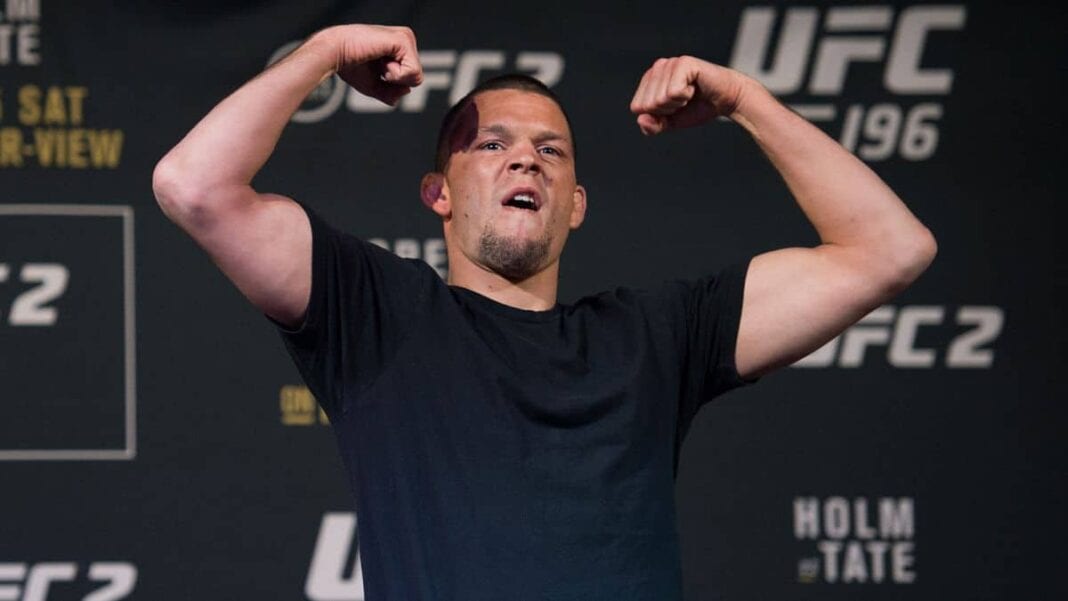 Nate Diaz addresses his status at the upcoming UFC 230 pay-per-view event where he’s scheduled to fight Dustin Poirier in a lightweight bout. It’s been well documented that there has been a lot of drama with making this fight happen.

Late last month, Diaz and Poirier claimed on social media that they will be fighting for a newly created 165-pound title at UFC 230. However, Dana White has since come out stating that’s not the case.

With all of this drama, there has been some doubt that Diaz will fight at the show. Fear not though fight fans, Diaz made his intentions known in a recent interview. The younger Diaz brother has publicly stated that he’s training for the fight and plans to be there.

The UFC President has been telling fans for several weeks now that they are working on a main event for the show but has yet to announce it. Diaz believes that they have no one else to fill this role.

“They trying to have me headline for Madison Square Garden. They don’t got nobody else, but they don’t want Dustin to fight. So I’m down down for whatever they want. All comers, bring it the (expletive) on.”

Diaz claimed that he heard that the UFC was considering this new weight class. He also noted that he’s the one asking for it and not the UFC. Thus, he’s not excited for the fight but he’s stuck in it.

“The ball’s in their court,” Diaz said. “I’m training to fight, though, I’m not excited at all. I’m stuck in this (expletive). That’s what it is.”