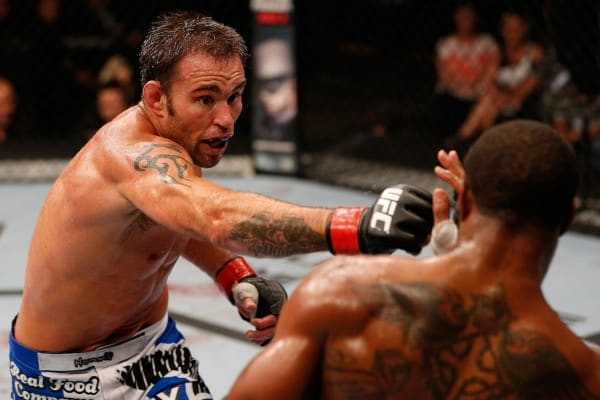 Rousimar Palhares isn’t the only one who emerged from last Saturday night’s (August 1, 2015) controversial WSOF 22 main event with some form of punishment.

According to a report from The Las Vegas Review Journal, the Nevada Athletic Commission (NAC) has decided to issue temporary suspensions to both Palhares and his opponent Jake Shields for their actions in the welterweight title bout. Palhares infamously gouged Shields’ eyes and cranked a fight-ending kimura submission on his arm long after he had tapped, angering Shields to the point where he punched Palhares after the fight had been called off.

Obviously most of the attention for the controversy-marred bout has been centered on Palhares, who had gained an unfortunate and notorious reputation for putting opponents in harms’ way with his brutal Brazilian Jiu-jitsu grappling. After he was suspended and cut from the UFC for similar infractions, WSOF president Ray Sefo revealed yesterday (Tues., August 4, 2015) that he had no choice but to strip Palhares of the belt and suspend him indefinitely.

While Palhares’ manager insisted that the promotion simply could not do that, in reality, it was the NAC’s ongoing investigation that kept the WSOF from cutting him as the UFC did when he badly injured Mike Pierce by cranking a heel hook for far too long in late 2013.

The WSOF will await the NAC’s punishment of Palhares, which will reportedly be decided at their September 13 meeting, Shields is also expected to appear at the hearing for possible further punishment.