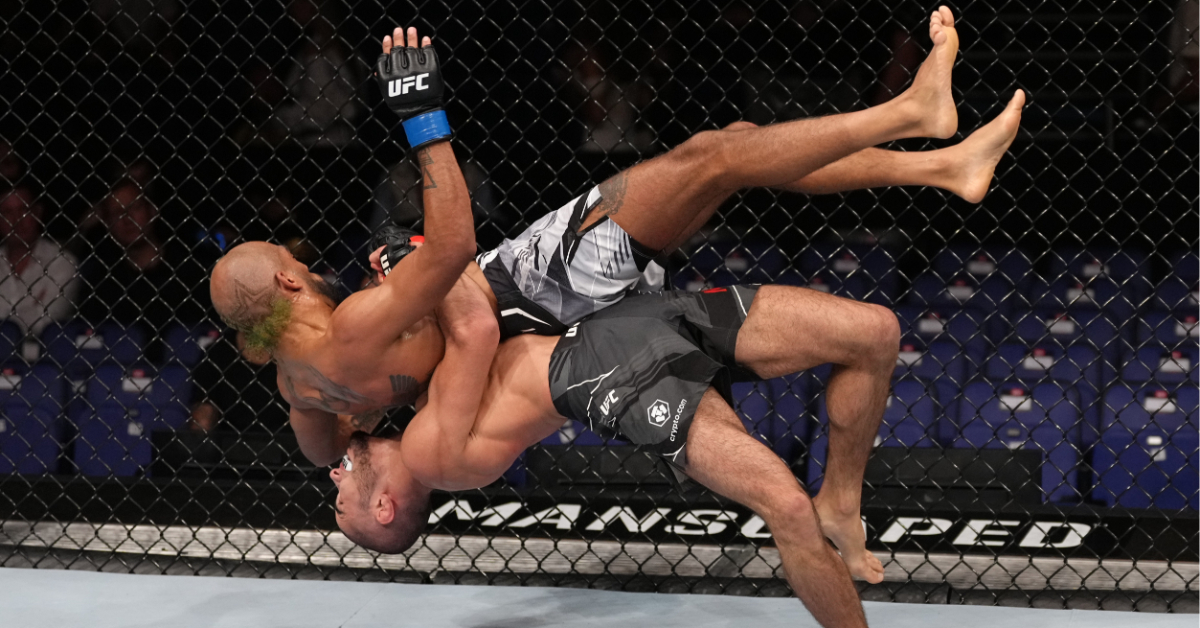 Count it two dominant victories for Muhammad Mokaev to begin his UFC tenure — with the highly-touted flyweight prospect wrestling his way to a unanimous decision (30-27, 30-27, 30-27) triumph against Charles Johnson on the preliminary card of UFC London.

Mokaev, who debuted in the promotion back in March, landing in the Octagon with a 58-second guillotine win against Cody Durden in spectacular fashion.

This time around, however, Mokaev, who was paired with former LFA flyweight champion, Johnson for his capital outing, managed to tie the flyweight record for takedowns over the course of his three round preliminary card matchup — to land a one-sided decision win.

Backing Johnson back to the Octagon fence on cue from the onset and throughout their preliminary card bout, Mokaev scored his second promotional victory this year.

Below, catch the highlights from Muhammad Mokaev’s decision win over Charles Johnson