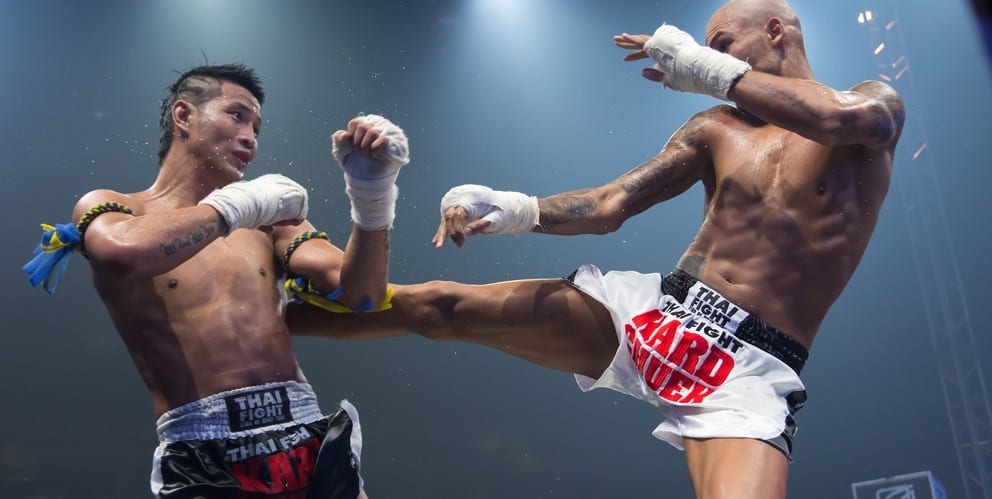 For every budding Muay Thai practitioner, the day will come when they must choose a side. Sometimes, this side will be chosen for them, either by their instructor, mentor, or good old Mother Nature herself.

What we are referring to as a “side,” of course, is the particular style which they will take into the ring. Their battle plan, arsenal of weaponry, and approach to warfare inside the ropes. Much like boxers, the style of a Nak Muay is typically determined by their size and build.

Let’s take the example of boxing legend Mike Tyson, who was a heavyweight short in stature but incredibly stocky and powerful. Given that most fighters in his weight class towered over him, it can be argued that he would have had less success using an outside jab/straight, counterpunching approach. Instead, Tyson used his low center of gravity to pressure and explode on his opponents in short range, often with hooks uppercuts and power punches.

In Muay Thai, many fighters will have to encounter a number of different stylists. Much like inside a boxing ring, there will be pressure fighters, counterpunchers, cerebral fighters, and those who are intent on destruction. Below, we take a look at what separates these styles from one another.

There are many who believe the Muay Tae style to be the most entertaining and explosive in Muay Thai.

The Muay Tae is a fighter who is especially adept in the kicking game. The kick is the strongest weapon in a Muay Tae’s arsenal and is used as a battering ram. The aim of this fighter is to pulverize each and every important part of the body, in order to wear it down. Expect heavy shots to the arms and torsos before the time comes to end the bout.

In physical terms, the Muay Tae is typically shorter and stockier. The Muay Tae is usually blessed with an excellent spatial awareness and a master at finding range.

The most devastating style in Muay Thai is the Muay Khao (knee fighter).

Those who exhibit the finer points of this style can strike genuine fear into the hearts of opponents. This fighter will stalk forward, looking to clinch into a fighter in order to brutalize them from inside the clinch. While the knees are the weapon of choice for the Muay Khao, you can also expect other close-quarter attacks with elbows and fists, too.

Muay Khaos are usually taller in stature, with longer limbs. They are also known to be one of the most physically gifted of Nak Muays.

The Muay Mat is the heavy-handed fighter with a powerful low kick.

Some of the most entertaining fighters in the history of our sport have fought in the Muay Mat style. They are as close to the “stand and bang” style as you will find in Muay Thai. With big gas tanks and a propensity to take a lot of damage, Muay Mat fighters are loved by spectators in Thailand. Think of the type of fighter who doesn’t mind taking two shots to dish out four, and you will be on the same page.

Some of the greatest Muay Mat fighters of all time include Sagat Petchyindee, Tongchai Tor Silachai, Anuwat Kaewsamrit, Coban Lookchaomaesaitong, and Ramon Dekkers.

Last but not least is the Muay Femur, which is known in Thailand as the “King’s Discipline.”

This style is the most exemplary in the “Art of the Eight Limbs,” and is regarded by those within the sport as the most difficult to master. If the Muay Khao and Muay Mat are wrecking balls or maces in the battlefield, the Muay Femur is the beautiful yet deadly arrow which kills without being seen. Practitioners of this style are among the most technically gifted of fighters in the sport, for this reason.

Among the greatest fighters of the Muay Femur are Samart Payakaroon, Saenchai PKSaenchaimuaythaigym, Namsaknoi Yudthagarngamtorn, Sam-A Gaiyanghadao, and Nong-O Gaiyanghadao.

If there is one fighting axiom which rings true when watching Muay Thai, it is that styles make fights. Understanding a fighter’s discipline will, in turn, provide a means of overcoming their attack. Not all fighters are created equally, after all, so it pays to know your enemy.