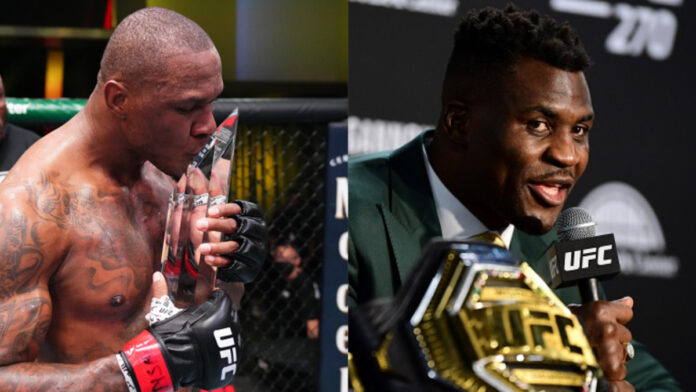 After an incredible knockout at UFC Vegas 59 to win the TUF 30 crown, Mohammed Usman has received praise from none other than the UFC’s heavyweight champion, Francis Ngannou.

Tasked with facing Zac Pauga, it was clear Usman was facing a dangerous opponent. The two weren’t gun shy to start the first round though, as both fighters traded willingly, unafraid. As the round progressed, the action became more tactical and reserved. Respect had been earned on both sides, and the pace settled into a slow but consistent back-and-forth, with neither man really looking better than the other.

The head kicks of Pauga were sharp and fast, but Usman’s defense held solid. ‘The Ripper’ clearly was the quicker opponent, while Usman seemed to have the more deadly intent. Winging terrifying hooks and power shots in an attempt to erase consciousness.

The second round began just as the first had, with steady but tactical action. Seemingly out of nowhere, Pauga lunged forward with a jab, and ‘The Motor’ caught him on the way out with a devastating left hook. Dropping Pauga where Mohammed Usman could land a final hammer-fist or two to solidify the victory.

While the world was happy for Mohammed Usman, chief among the supporters was the UFC’s heavyweight champion Francis Ngannou. Who took to Twitter to show moral support and even jokingly say he was scared of Usman.

“A new contender was born in the heavyweight division,” Ngannou said. “And personally I want no business with this man. Congrats brother!”

With Mohammed Usman’s victory at UFC Vegas 59, His brother Kamaru and he become the first brothers in history to both win TUF titles. With a brother like Kamaru Usman, ‘The Motor’ will undoubtedly be facing high expectations during his UFC tenure. It’s unclear yet as to how Mohammed Usman will do, but if his performance over Pauga is any indication, he looks like he has the potential to do just fine.

Will Kamaru and Mohammed Usman be the first brothers to hold UFC championships simultaneously?