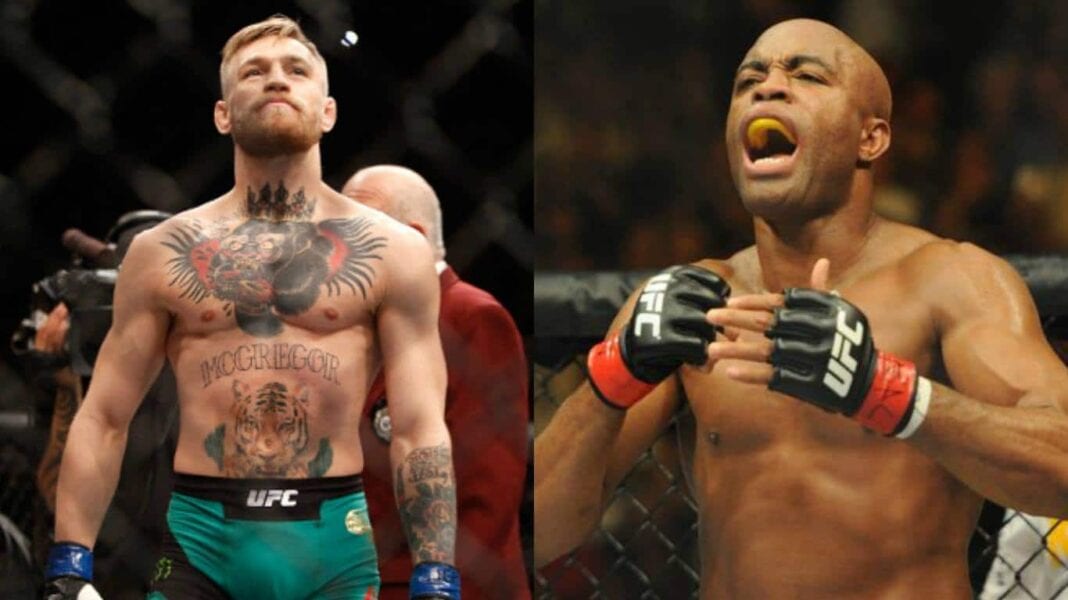 An MMA legend is more than willing to bet in a large way should the UFC make a fight between Anderson Silva and Conor McGregor inside of the Octagon. That Legend is Antonio Rodrigo Nogueira, who is supporting his Brazilian jiu-jitsu student.

Nogueira has fought all of the top fighters in his era. To say that Nogueira has had several wars in his career would be an understatement. As a result, he has taken his fair share of damage. He has sustained several injuries in his career and even gone on record by stating he’s had a total of 22 surgeries.

During a recent interview with Combate, ‘Big Nog,’ he stated that he would bet his house on Silva. The former UFC and Pride FC champion believes it would make for an incredible fight.

“I think it’s a super fight!” Nogueira said. “Conor McGregor knows how to control distance well, but Anderson does it like nobody else. Derek Brunson is aggressive, knows how to close the distance, but couldn’t do anything against Anderson.”

He believes that ‘The Spider‘s’ grappling skills would be the biggest obstacle for the former UFC middleweight champion.

“The grappling aspect would be Anderson’s biggest obstacle. It would be a beautiful fight between two talented athletes who know how to punch and kick.”

The MMA Legend went as far as predicting that Silva would knock out the former UFC lightweight and welterweight champion.

“Anderson can get to 176 pounds, and McGregor would have to pump some iron,” he added. “I would bet my house and car on Anderson, he would knock him out. Anderson masters distance like nobody else.”