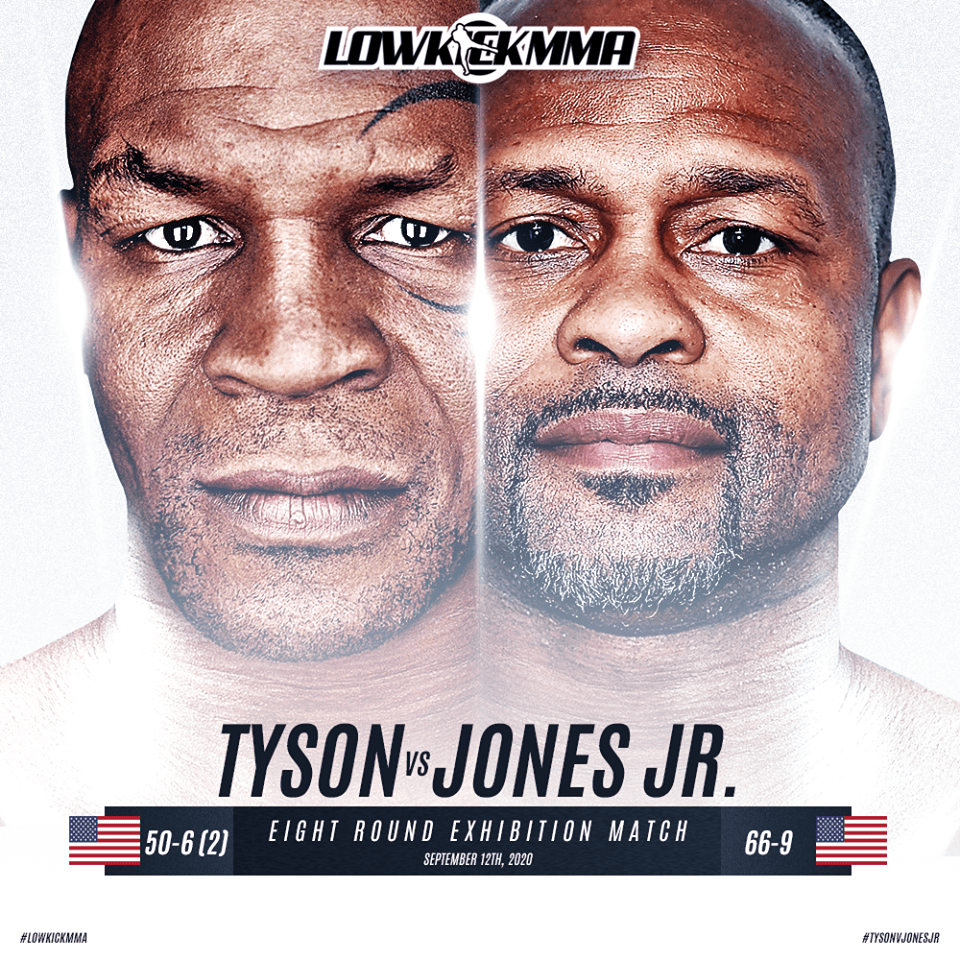 The eight-round exhibition bout between legendary heavyweight boxer Mike Tyson and Roy Jones Jr has been postponed. ‘Iron Mike’ was set to end his 15-year retirement from the sport on September 12. The 54-year-old will now have to wait a little longer to get back in the ring after it was announced his fight against Jones Jr. has been pushed back until November 28.

According to sources who spoke to The Ring the highly anticipated bout will still go ahead at a crowdless Dignity Health Park in Carson, California. The fight will be broadcast on pay-per-view and via social media app Triller who will also produce a 10-part docu-series ahead of the event.

The reasoning behind this re-scheduling is believed to be financial. Tyson and his team believe by pushing the fight back until later in the year they can maximise revenue. A meeting was held between both sides and Jones Jr. was happy to agree to a change in date.

Both men have spoken with confidence ahead of the fight. Tyson says he’ll go for the knockout despite the fact the fight is being billed as an exhibition.

“Hey, if the opportunity comes, I’m always looking for it,” Tyson said. “I just went on my journey to go on this mission and a lot of people are giving their comment which I’m very grateful for, but like I said before this is search and destroy and I’m looking forward to capturing my glory.”

Jones Jr. is confident he’ll be able to survive the early onslaught and take out Tyson in the later rounds, he said.

“Don’t think I ain’t seen the weed-smoking videos. Don’t think I ain’t seen all of that, I know what is going on. I’m not stupid I’m not going to go out there and collide with him in the first round and (try to) take him out like I am a fool. He is good early. He is strong early. He is still a strong lion but he has a cheetahs mentality. A cheetah mentality means I gotta get it quick. If I don’t get it quick that cheetah is outta breath. If you don’t get it quick, it belongs to me then.”

Do you think Mike Tyson vs. Roy Jones Jr. will still go ahead after this delay?