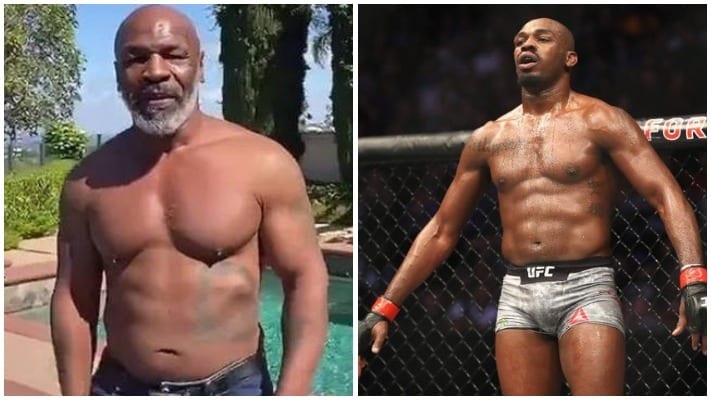 Heavyweight boxing legend Mike Tyson says UFC light-heavyweight champion Jon Jones will only be able to make “super money” by fighting against him in a boxing ring.

Jones has been embroiled in a bitter dispute with the UFC about pay for a while now. The 205lb great demanded an “obscene” payday to face off against heavyweight knockout artist, Francis Ngannou according to Dana White. Jones has repeatably denied asking for any particular figure and has since relinquished his belt and announced he’ll be taking a hiatus from the sport until he can earn what he feels he’s worth.

Tyson has reacted to the pay complaints from Jones and suggested he will need to crossover into boxing in order to make real money, he said.

“Listen to this, UFC is more popular than boxing, right? Higher ratings, right?  But a UFC fighter will never be richer than a first-class fighter. To make a 0 million, Conor McGregor had to fight Floyd Mayweather. Jon Jones got to fight me if he wants to make some super money.” (Transcribed by Essentially Sports)

‘Iron Mike’ recently announced his return to boxing at 53 years old. The infamous power puncher has been exciting fans in a series of social media clips that show he still has it despite his advancing age. A whole host of MMA fighters have offered to be the person to fight him including Tito Ortiz, Andrei Arlovski, and Wanderlei Silva. However, it seems likely that Tyson will be facing off against long-time rival Evander Holyfield who has also announced his return to the fight game at 57 years old.

Jones is currently focused on things away from fighting. The 32-year-old has been trying to help his community during these most difficult of times. Jones was first seen confiscating spray paint from looters before offering the victims of looters his help in rebuilding their businesses.

Would you be interested in seeing Mike Tyson box Jon Jones?