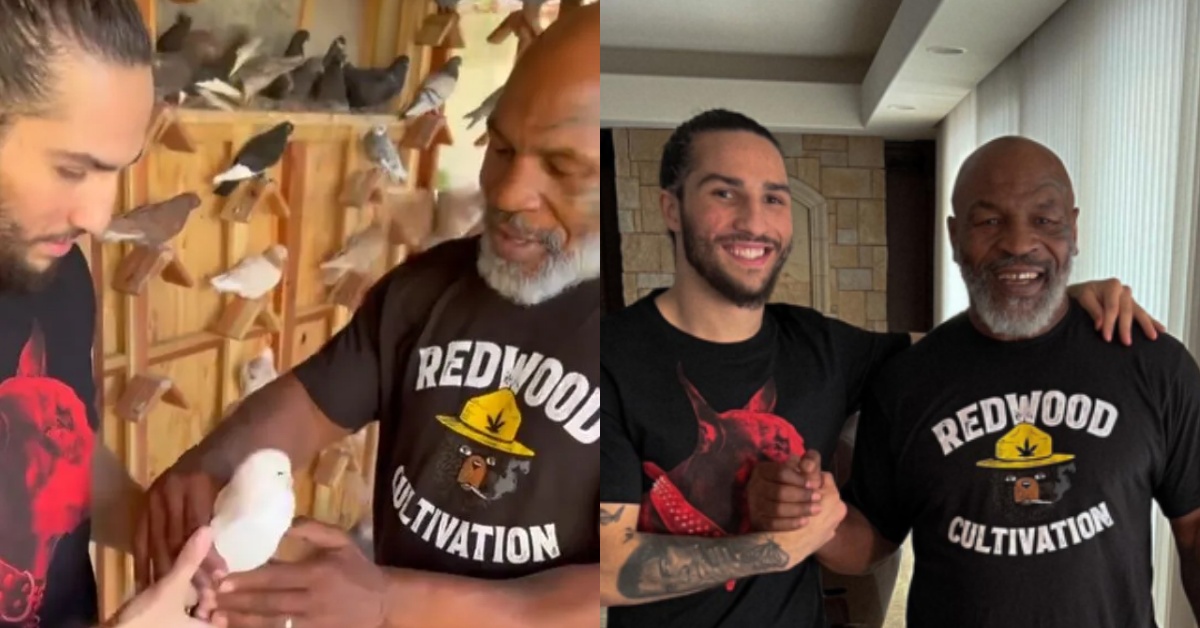 Walsh, who managed to land his fifth consecutive victory with an opening round knockout win over Alejandro Ibarra at the end of April – scored his fourth career knockout triumph to boot.

The win followed prior career victories for Walsh over the quartet of Jeremiah Yeager, Reyes Sanchez, James Westley II, and Jordan Weeks. Walsh made his professional debut back in August of last year.

Walsh, the nephew of fellow professional boxer, Laila Ali, and the grandson of the above mentioned, Muhammad Ali was recently invited to the ranch of former heavyweight champion and revered knockout artist, Tyson – who demonstrated to handle and hold pigeons, as well as snatching one from the coop after handing it to Walsh.

Recently in the news himself, former boxing champion, Mike Tyson was involved in a physical altercation on a flight where he was video punching and striking another male who is alleged to have harassed him before the plane left the runway in San Francisco. Tyson will not face any charges for his part in the physical altercation.

“We have reviewed the police reports of the San Francisco Police Department and the San Mateo County Sheriff’s Office and have viewed the various videos collected by law enforcement from others on the plane,” The San Mateo County District Attorney, Steven Wagstaffe said in a statement released. “Our decision is that we will not file any charges against Mr. (Mike) Tyson based on the circumstances surrounding the confrontation.”

“These include the conduct of the victim leading up to the incident, the interaction between Mr. Tyson and the victim, as well as the requests of both the victim and Mr. Tyson that no charges be filed in this case.’