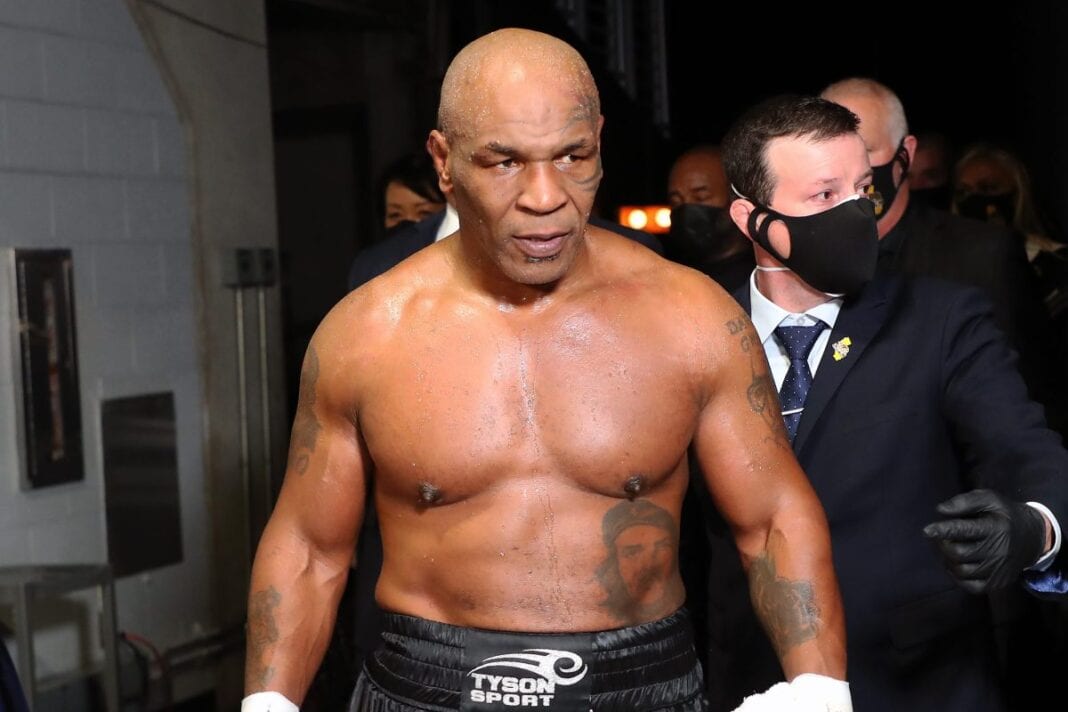 Mike Tyson almost got into a second fight right after the Roy Jones Jr. fight Saturday night. According to TMZ Sports, as Tyson was leaving the Staples Center he proceeded to sign some autographs for fans waiting for him. Then a man shouted out to Tyson asking him why he wouldn’t fight him. According to the sources, the 54-year-old responded in a joking manner and told him that it wouldn’t end well for him.

Right after that the fan swung a punch towards Tyson and then he went to reach his wristband, as if he’s trying to pull out a weapon. However, thankfully Tyson’s team jumped in quickly to stop it escalating any further. Tyson’s team stated that they recognized the man from previous events and that it wasn’t the first time that man tried to start up trouble.

Shortly after the incident occurred, the police showed up at around 11 PM ET, however when they showed up to the scene everyone left and no one was their.

“Iron” Mike Tyson made his long-awaited return to the boxing ring last Saturday night at 54 years old when he fought Roy Jones Jr. The fight was declared a draw after 8 rounds, lasting 2 minutes each, of fighting. The event also involved the UFC Middleweight Champion Israel Adesanya as part of the live broadcast alongside “Sugar” Ray Leonard and veteran sports commentator Al Bernstein.

“I was just happy to go the distance with him. That’s real fighting, having the endurance. You’re not going to knock everybody out. I used to go for the quick kill. I’m training for distance now. I don’t expect to win. I expect to go eight rounds and entertain the crowd.”

Do you want to see Mike Tyson fight again?