LowKickMMA.com
Home Boxing News Mike Perry Says ‘The Sky Is The Limit’ After Win At Triad... 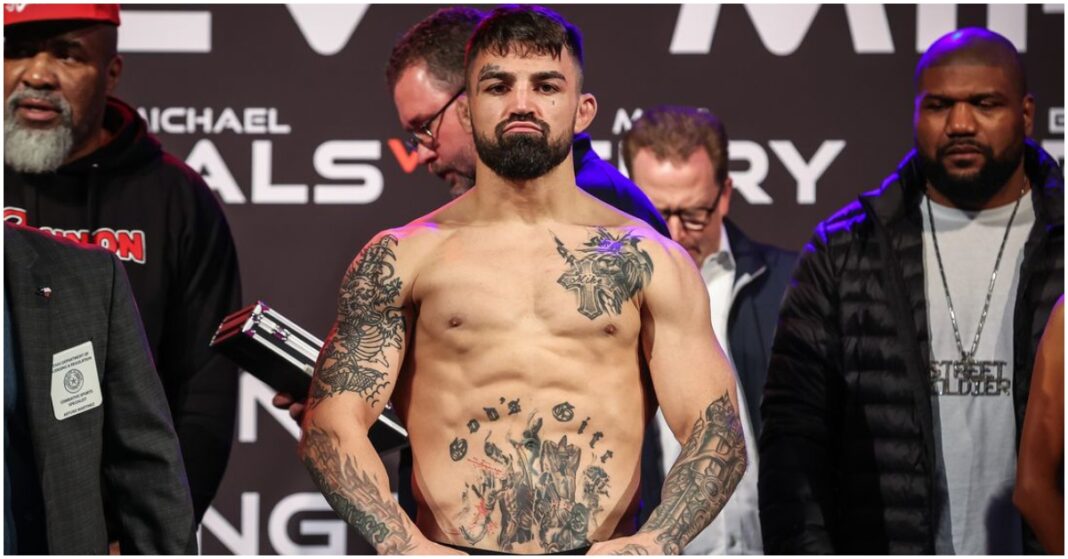 Mike Perry got off to a great start to life outside the UFC last night.

‘Platinum’ picked up a split decision win over professional boxer Michael Seals (25-4) at Triller’s Triad Combat, an event that pitted MMA fighters against boxers in a triangular ring.

The 15-fight UFC veteran was the busier man throughout the fight that really could’ve gone either way. Perry survived a fourth-round knockdown to see the final bell and get his hand raised.

During a post-fight interview with MMA Junkie, Perry explained why he was a worthy winner at Triad Combat.

“I deserved the to win because he stands tall and he fights in boxing stance,” Perry said. “The sport is different and we’ve got the meet in the middle. I traded with him and I brought the fight to him. That’s why they gave me the dub, because he sat back to patiently, and I’m the one who put myself in danger to get the shots in.”

Mike Perry Scored A Much Needed Win At Triad Combat

After losing seven of his last 10 UFC fights, Perry was in desperate need of a win to prove he is a valuable asset to bidding combat sports promotions. Now that he’s back in the win column, Perry is feeling confident about his fighting future.

“Look at the ceiling in here, bro,” Perry said. “The sky is the limit. My son was here, I got the dub tonight. … I’m just grateful man. I’m so humbled. I’m blessed. There’s a lot of people hating and I thought about the speeches I would give after the fight, and I don’t have nothing bad to say to the haters because I only want to talk to my fans and I’m grateful for all their support.”

Who do you want to see Mike Perry fight next? Which sport do you think we’ll see him compete in?