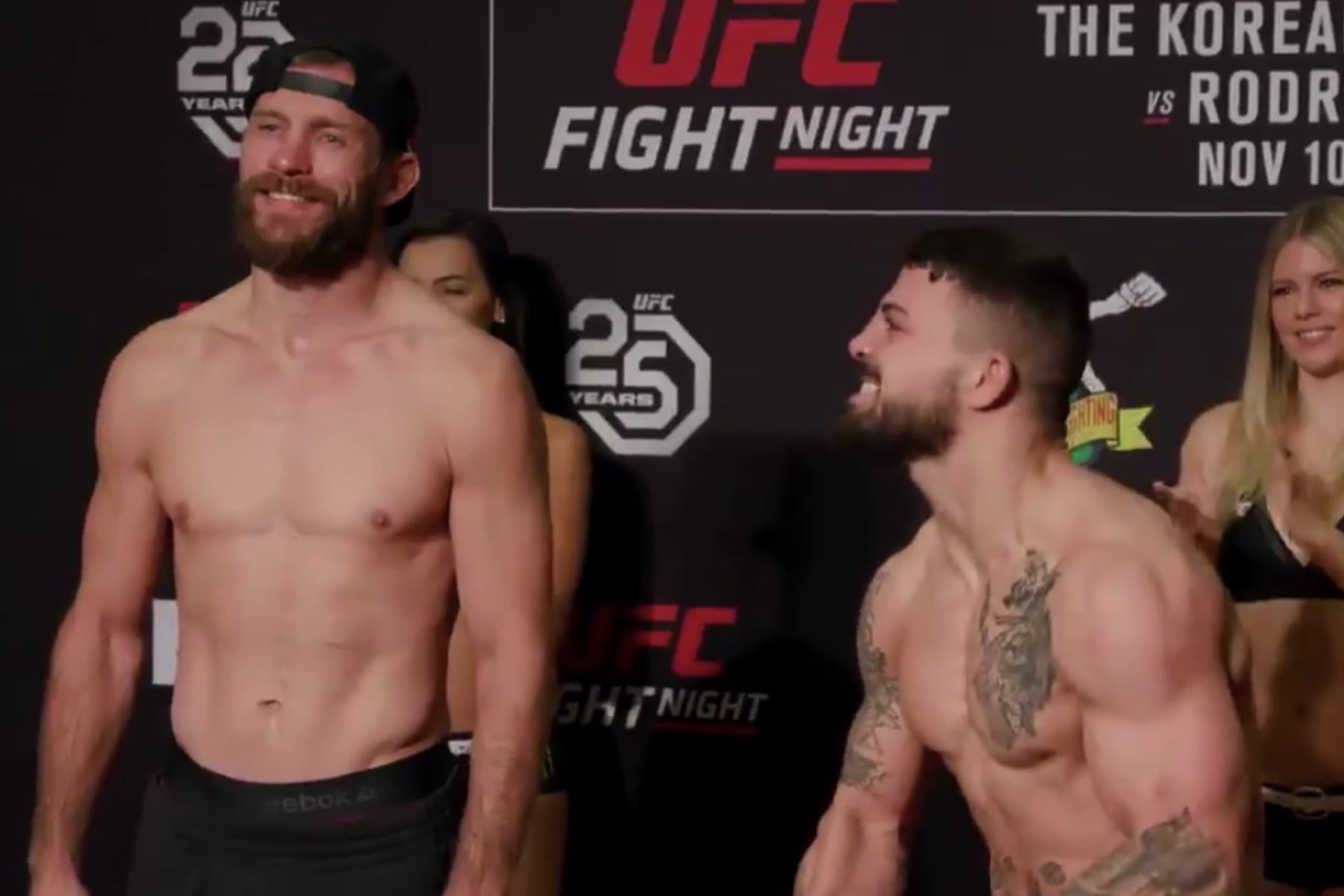 Mike Perry says during a recent interview that he thinks all of the drama leading into this most recent fight played a factor into his performance. In the fight, which served as the co-main event of UFC Denver at Pepsi Center, Donald Cerrone submitted Perry via armbar at 4:46 of the first round.

Back in August, Cerrone verbally assaulted the JacksonWink gym, including calling them a “puppy mill” when speaking with Joe Rogan on his podcast. Following these comments, Winkeljohn would defend his gym by calling Cerrone a “narcissistic” man who is only loyal to himself. The beef also has to do with the fact that Cerrone was fighting Perry.

During an appearance on Submission Radio, he stated that he felt the pressure of fighting someone else’s fight hurt his performance.

“Listen, I’m gonna tell you something here and it’s gonna sound crazy,” said Perry (H/T to MMA Fighting). “I’m not gonna take nothing away from Cowboy. He won fair and square. But I felt like I was staring defeat in the face that night. I felt like, you know, okay, if it had gone the other way. They would’ve been like, oh, Cowboy had all the pressure.”

Perry continued by stating that his coaching was taking over his body due to his training takedowns leading into this fight.

“But me, I was fighting a fight that wasn’t my fight, it was JacksonWink versus Cowboy Cerrone. So, it was my coaching that took my body over. It was something, the way that we trained that I was ending up with takedowns on people. And then their Jiu Jitsu wasn’t the level of Cowboy Cerrone to counter me.”

The UFC star also discussed how he thought he was facing defeat even before he got into the Octagon to fight the fan favorite.

“So, I think I stared defeat in the face that night and I got in the cage anyways. I felt like I was gonna lose before I ever walked in. Maybe that’s just because I lost now. But I just felt like everything was against me. And it was just to make me stronger.”

At the end of the day, Perry understands that he learned more from this loss than he would’ve if he won the fight. Thus, he’s trying to keep positive about the fight.

“I felt like I learned more from that loss than I would’ve ever learned from a win. That’s it. I was looking at the grim reaper and I entered the cage with him. I brought the real Cowboy Cerrone. We were the best two fighters on the planet when we were in that cage. Period.”