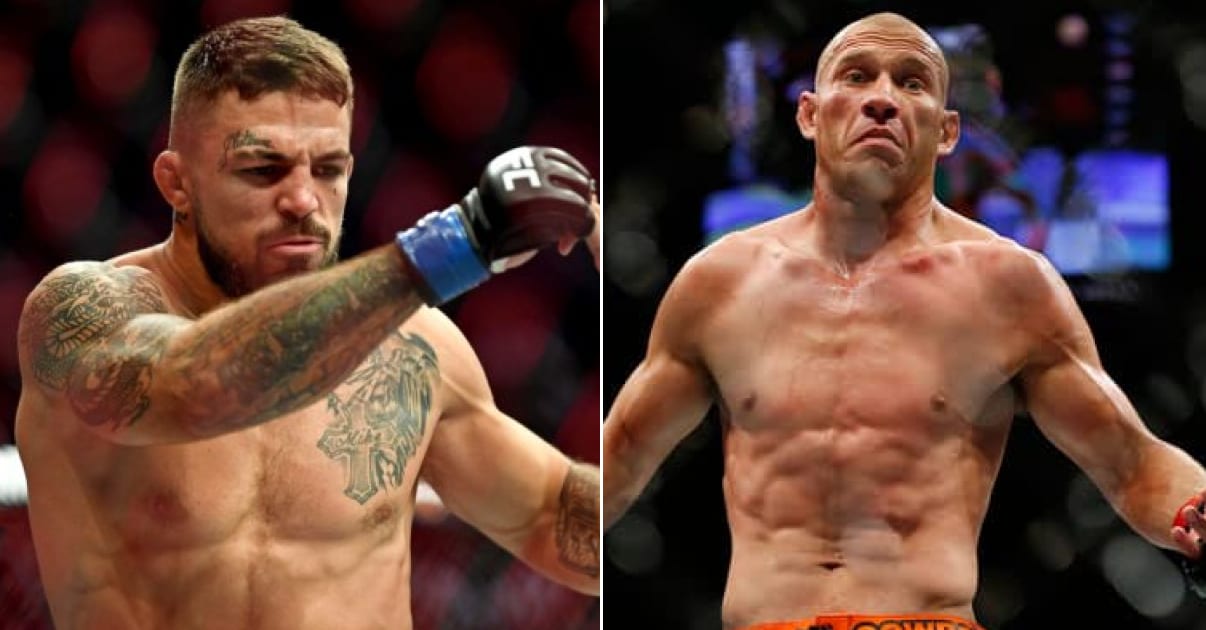 Mike Perry claims that his Jackson-Wink MMA teammate Donald Cerrone tried to prevent him from joining the gym.

Perry and “Cowboy” will meet at UFC Fight Night 139 on November 10th. The action goes down inside the Pepsi Center in Denver, Colorado. Not only will it be teammate vs. teammate in Denver, but it will also be coach vs. coach.

“””Platinum” tells BJ Penn Radio that Greg Jackson will be in Cerrone’s corner, while Mike Winkeljohn is in his (quotes via MMA Mania):

“Greg Jackson’s gonna be in his corner. I’ll have [Mike] Winkeljohn and coach Frank and I believe my coach from Florida, Julian Williams. And…he (Cerrone) doesn’t come in this gym,” Perry said.

Perry says Cerrone hasn’t been at the gym much since his arrival. He believes “Cowboy” will be talking trash about the team during an appearance on the Joe Rogan Experience podcast:

“He did last time I was here…like twice the whole two months I was here, twice. And ya know, he stays at his ranch and works out there.

“But now, I guess he’s going on [the] Joe Rogan [Experience podcast] tomorrow and he might say some things about the gym and Winkeljohn…try to talk some trash,” he added.

Perry speculates that Cerrone could be gearing up for a move back to Denver full-time. He believes “Cowboy” is looking for an excuse to move because people aren’t “kissing his ass” anymore at Jackson-Wink:

“I think he’s movin’ back to Denver. And like, none of this going on is the reason why. Like, he was just looking for a reason to act like it was something to push him to move over there.

“I don’t know him that well, but that’s the way it sounds to me. If he’s goin’ to Denver now, cause he’s wanted to for some time…and he’s goin’ ahead and making that move because he ain’t got a bunch of people kissing his ass over here no more.”

He also revealed that he heard a rumor that Cerrone physically went to the gym and tried to prevent Perry from moving to Jackson-Wink:

“I haven’t seen it first hand (the tension brewing). But I heard that he physically came here and asked them not to train me.

“For them not to allow me to come into the gym and to show him some respect even though…he hasn’t done anything for this gym in quite some time.”