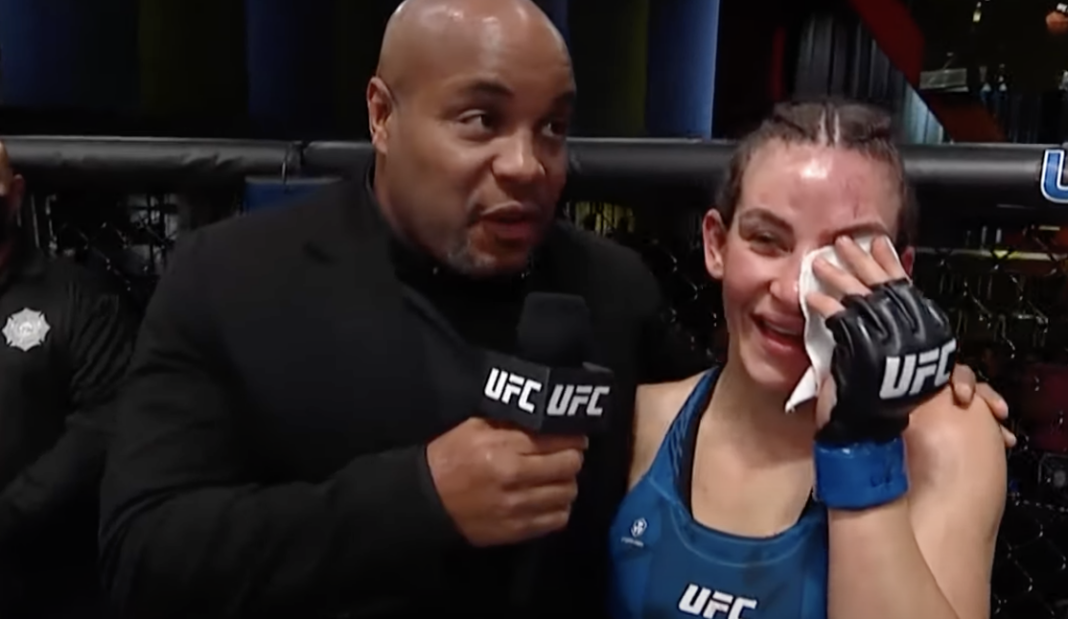 Tate’s second act in mixed martial arts suffered a roadblock as the former bantamweight champion was outpointed and battered by Ketlen Vieira over five rounds in the UFC Vegas 43 headliner last night.

Although it was close and Tate had her moments, Vieira was simply the better boxer as she continued to bruise and bloody her up with Tate’s left eye notably swelling shut.

In the end, it was obvious that Vieira had done enough to earn the unanimous decision victory with Tate suffering defeat for the first time since returning to action earlier this year.

However, Tate clearly had fun in there as evidenced by her post-fight interview.

It was even more evident in her post-fight statement on social media as “Cupcake” was taken to the hospital directly after her fight.

“Hey we had fun tonight!! I still feel like I evolved and in truth I was never tied to an outcome. Just happy to enjoy these moments. Thank you as always for the support and congratulations @KetlenVieiraUFC.”

What did you think of Miesha Tate’s performance?