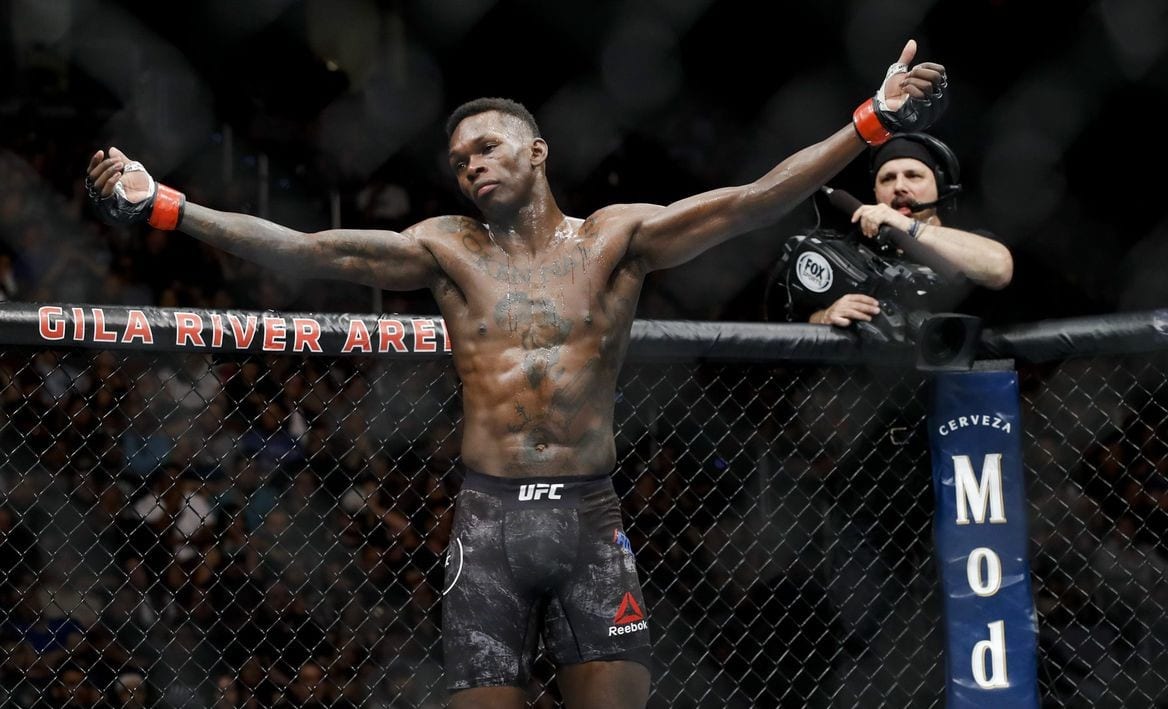 The two fighters have a history as Tavares faced Adesanya on July 6, 2018, at The Ultimate Fighter (TUF) 27 Finale from the Pearl Theatre in Las Vegas Nevada. Tavares lost the fight via unanimous decision, which marked his most recent fight inside of the Octagon.

During this five-round battle, he broke his arm. He would later have to undergo surgery in order to get it fixed. The injury ended up being more severe due to him waiting a few months to get the surgery.

While doing a recent interview with MMAJunkie, he made it known that he understands the mistakes that he made in his fight. Thus, he thinks if he can get a rematch booked then he can correct them and stop the surging champion.

“Put it this way: I went into that fight and I tried to box, just straight-up box, a badass professional kickboxer – a guy who’s been doing it years and has multiple fights,” Tavares said. “What does he have, like 80-something kickboxing fights? And he’s probably lost only like two, three? I don’t know. I know he has some crazy record, though. That’s the thing, I look at that fight and I’m like, ‘Hey, there’s things that – I know what went wrong there.’ And I’m not going to sit here and use my foot being broken as an excuse, you know. I tried to actually kick in that fight. I kicked him in his leg one time and my foot instantly blew up, swole up.

“I knew that, when I put it back down, I was like, ‘If I kick again there’s a chance that I can’t even stand on it.’ So kicking with the right leg is out of the question. And, for me, leg kicks and my kicks are one of the biggest parts of my game. But I was like, ‘You know what, let’s get through this, though. Let’s go box this guy.’ And didn’t end up working out in my favor. But, like you said, it makes me excited. Because I know I can beat that guy. I know what it takes and what I need to do to beat that guy, and he’s a champion now.”

Tavares will have to wait to get his rematch booked if he ever does. Adesanya is expected to fight UFC middleweight champion Robert Whittaker later this year.