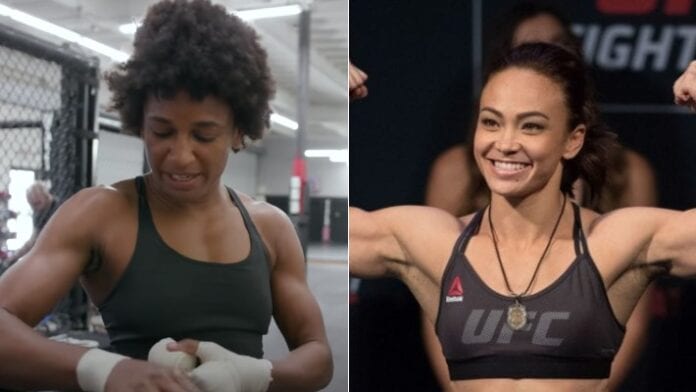 A women’s strawweight contest between Michelle Waterson and Angela Hill is set for the UFC’s upcoming August 22 event.

That’s according to MMA Junkie who confirmed the matchup with a number of UFC officials. The fight is not official yet but an announcement is expected soon.

Both fighters are coming off controversial split decision losses.

Waterson suffered a split decision loss to Carla Esparza at UFC 249 last month which she felt she clearly should have won. Her previous outing was a unanimous decision defeat to another former champion in Joanna Jedrzejczyk last year which means she is now on the second losing skid of her career.

The pair will be looking to set things right when they meet each other next.

Here is how the August 22 card is looking as of now:

What do you make of the fight and how the August 22 card currently looks?