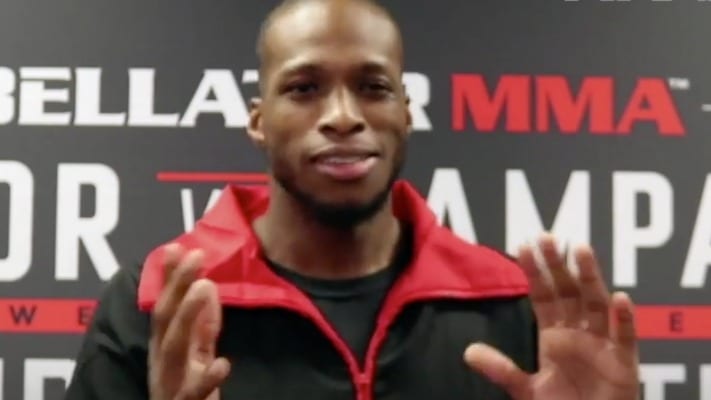 Michael Page’s win at Bellator Japan was not like his usual ones.

That’s because he usually showboats during and after his wins. Whether it’s throwing a Pokeball at his downed opponent or dancing, “MVP” loves to put on a show.

It usually rubs people the wrong way as well, especially given the criticism aimed at him and his level of opponents.

But when he knocked out Shinsho Anzai on Saturday, there was none of that. That’s because he made sure to respect the environment he was in with respect being a key component in Japanese mixed martial arts:

“I’m very aware of my surroundings,” Page told media after the fight (via MMA Junkie). “You’ve got to read the crowd. You’ve got to read the moment. For me, just coming over here brought back some old-school memories of my martial arts youth days and having to bow for everything. … It was nice to switch off.”

While there were no antics, Page certainly delivered when it came to the fight. Even if it did take some time for him to eventually land the second-round knockout:

“He was playing a little bit awkward – really closed,” Page added. “He wasn’t really opening up very much, but still applying pressure, so it took me a little bit longer to find out exactly the range and what I wanted to do.

“Then, I started to open up more a little bit myself in the second round. That’s when I was like, ‘Yeah, it’s game over.’ I hit him with a shot, and he went down.”

Page will look to challenge for Douglas Lima’s welterweight title next. However, it appears he may need more wins and even higher-level opponents if he is to get his rematch with Lima.

Bellator president Scott Coker also seems to prefer Lorenz Larkin for the next title shot. Regardless, it’s a fight that will eventually happen according to Page:

“He’s kind of now not interested,” Page said of Lima. “There’s talks of him going up. It feels like he’s trying distance himself as much as possible. Everybody else is what it is. I’m just going to keep fighting until he can’t get away from me. I will get that back.”

What did you think of Page’s performance?