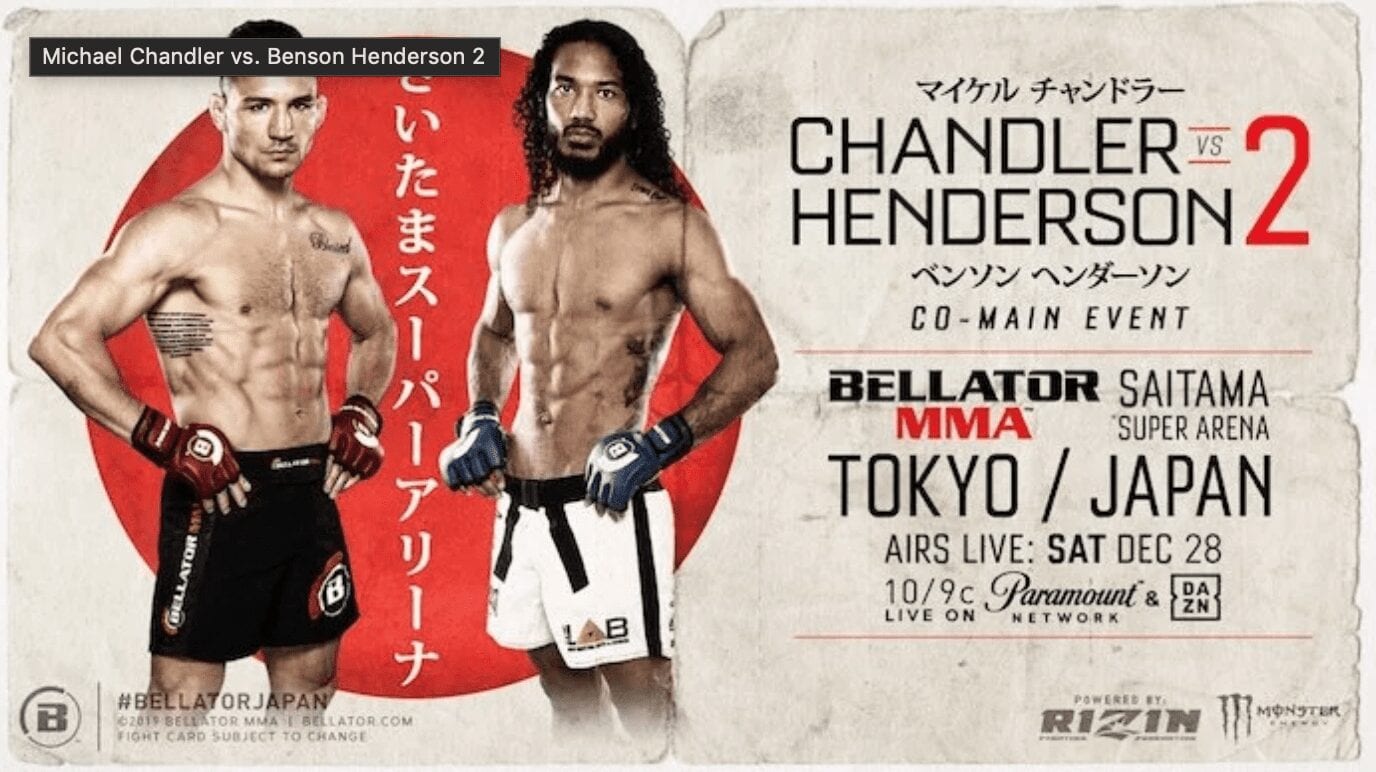 A rematch between Michael Chandler and Benson Henderson is set to take place at Bellator Japan.

The bout was made official by Bellator recently and will serve as the co-main event of the promotion’s debut show in Japan which takes place December 28 at the Saitama Super Arena. It will be contested at a catchweight of 160 pounds.

Chandler and Henderson first collided at Bellator 165 back in November 2016. The former came out on top on that occasion winning via split decision to retain his lightweight title at the time.

Since then, Chandler would lose his title twice, most recently earlier this year after getting knocked out by Patricio “Pitbull” Freire. In total, he has gone 3-2.

Henderson, meanwhile, would lose another split decision to Patricky Freire but is currently on a four-fight winning streak. His most recent victory was a unanimous decision win over the debuting Myles Jury at Bellator 227 last month.

Although this is a catchweight, the winner should be next in line to challenge Freire for the lightweight title.

Bellator Japan will be headlined by a heavyweight bout between Fedor Emelianenko and Quinton “Rampage” Jackson.

What do you think of the fight?