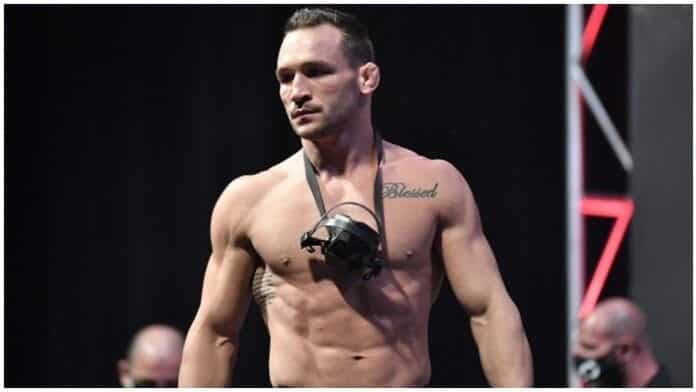 Michael Chandler doesn’t agree that Dustin Poirier would have gone on to win in the second round if Conor McGregor didn’t break his tibia.

McGregor suffered a first-round TKO loss due to a doctor’s stoppage as a result of the injury that occurred towards the end of the first round of their trilogy match at UFC 264 last month.

McGregor, along with many of his fans, believe the fight would have played out differently if he made it to the second round unscathed. Others, however, believe Poirier was getting the best of McGregor in the first round regardless and given how their rematch went, it was only a matter of time until Poirier would get the win.

While Poirier would likely have won given how the fight was playing out, anything can happen in mixed martial arts and Chandler knows that more than anyone.

Chandler looked to be on his way to winning the lightweight title after hurting Oliveira in the first round of their championship fight at UFC 262 in May.

“It’s a hard one, because a lot of people say Dustin was just going to run through him. I don’t know if Dustin necessarily runs through him,” Chandler said (via Middle Easy). “Chad Mendes ran through Conor, and then Chad Mendes lost that fight. Conor is better than we think he is a lot of times, at dealing with the early onslaught, the early adversity, the early takedown, and the early wrestling and grappling. I think Poirier wins that fight, I think Poirier would have won that fight, but I don’t think you can necessarily say ‘Hey because the first round he would have smashed him…’

Do you agree with Chandler?