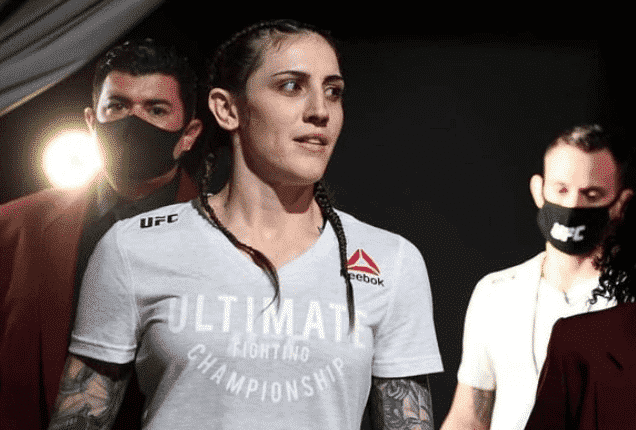 Megan Anderson is holding her head up high.

Anderson suffered a first-round submission defeat to two-weight queen Amanda Nunes in their featherweight title fight at UFC 259 this past weekend.

Nunes rocked Anderson with a couple of punches before stuffing her takedown attempt and quickly taking her back. It was the beginning of the end from thereon out as Nunes quickly transitioned to an armbar to earn yet another victory.

It was a big blow for the Aussie as it wasn’t just a defeat in her first title attempt, but it could be her last especially as she was the only remaining featherweight who many saw giving Nunes trouble.

Regardless, Anderson is looking to bounce back strong from her third UFC defeat.

“This game has the highest of highs and the lowest of lows. This was the one we wanted to win but it’s the fight game. We’ll be back 👊🏻”

As for Nunes, it looks like she will return to the bantamweight division following her second successive featherweight title defense.

Her next opponent is more than likely to be Julianna Pena who will look to become champion by inflicting the Brazilian’s first defeat since 2014.

Do you think Anderson will get another shot at Nunes in the future?