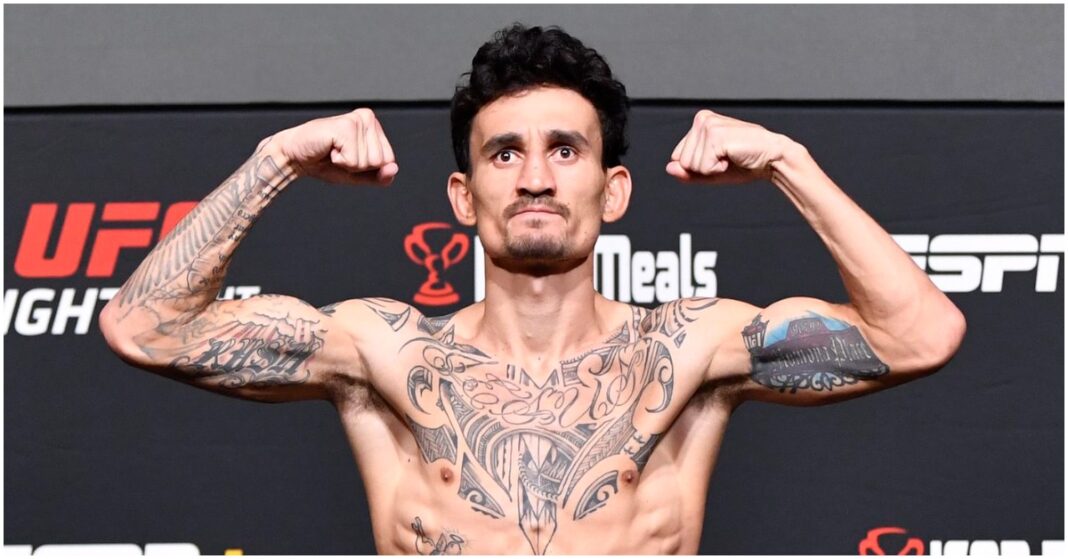 Max Holloway has pulled out from his trilogy fight with Alexander Volkanovski which was due to take place at UFC 272 on March 5 at the T-Mobile Arena in Las Vegas.

The eagerly anticipated match-up was confirmed as official on Wednesday but is now off just two days later according to ESPN. Holloway has aggravated a pre-existing injury and will not be able to compete at UFC 272.

As of right now, the UFC has not officially confirmed that Holloway is out of the bout. It is unclear if Volkanovski will remain on the card against an alternative opponent or if the match-up will be rescheduled.

Holloway and Volkanovski first fought in December 2019 at UFC 245.

The Aussie fighter scored a significant upset to dethrone Holloway, who was easily outpointed over five rounds. In July 2020, the featherweight duo rematched, and the fight was much closer. ‘Blessed’ was the winner on many people’s scorecards after five rounds but the judges awarded Volkanovski a split decision win.

Since then, Holloway has bounced back with decision wins over Calvin Kattar and Yair Rodriguez. Meanwhile, Volkanovski survived a couple of scares to defend his belt against Brian Ortega.

Do you think we’ll see Max Holloway vs. Alexander Volkanovski III in 2022?