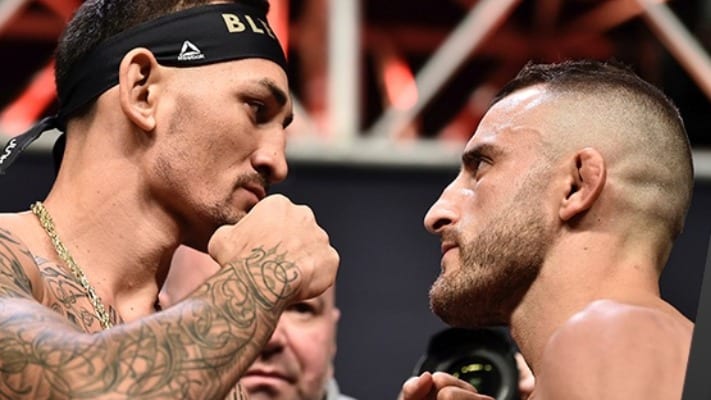 Not many will be complaining about Alexander Volkanovski and Max Holloway headlining UFC 251.

However, it was revealed on Friday that Burns had tested positive for COVID-19 and would no longer be competing on the card. Although the likes of Colby Covington and Jorge Masvidal offered to step in, the featherweight title rematch between Volkanovski and Holloway — the original co-main event — will now headline the card.

Volkanovski, Holloway: This Is The Real Main Event

Given the overall strength of the card, it wasn’t as big a blow as it may have been on another card.

And for some, the new main event should have been the headliner all along. Volkanovski and Holloway certainly feel that way.

“This was the real main event,” Volkanovski told ESPN. “A lot of people thought this was the main event, so it’s in its rightful place.”

“Nothing changes,” Holloway said. “I feel like we were already the main event.”

Volkanovski will defend his featherweight title for the first time when he meets Holloway in the new UFC 251 headliner. The Aussie dethroned “Blessed” when are outpointing him over five rounds at UFC 245 back in December.

What do you think of Volkanovski and Holloway headlining UFC 251?