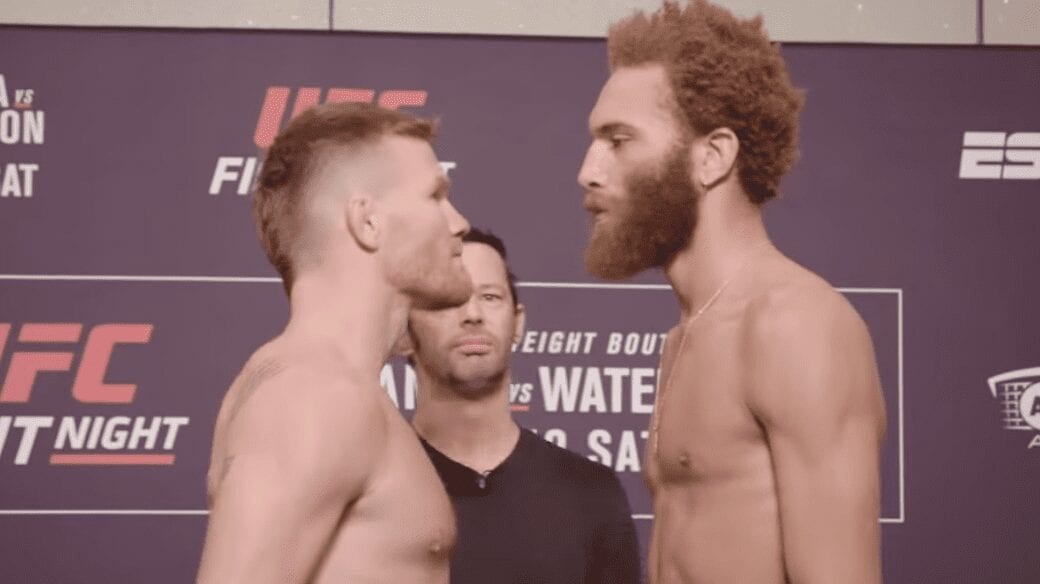 Next up on the UFC Tampa main card is a lightweight contest between Matt Frevola and Luis Pena.

Round 1: Frevola starts things off with an aggressive flurry of leg kicks and punches. However, he is struggling to land anything significant on the taller Pena. While advancing, Frevola scores a huge takedown but Pena is able to get up instantly. Frevola lands another huge takedown and manages to keep Pena down. However, Pena attempts to get creative with a submission using his feet. Both fighters constantly reverse before the fight gets back up again. They enter a clinch position with Frevola against the fence. Pena takes him down and lands strikes before Frevola gets up. Frevola looks gassed as Pena unleashes a flurry of strikes. He makes it to the end of the first round.

Round 2: Pena is landing more now as blood trickles down Frevola’s face. Pena lands a flying knee which rocks Frevola who somehow manages to stay standing. He later attempts a takedown but Pena attempts to reverse with a kimura but Frevola escapes. The fight is later temporarily halted as Frevola picks up his mouth piece. Frevola lands a superman punch but Pena is still yet to be hurt. The fight goes to the ground again as Pena attempts a creative triangle armbar submission but later gets full guard. Pena gets up but is taken down by Frevola again. Pena attempts a guillotine before getitng full mount but it is too late as the second round is over.